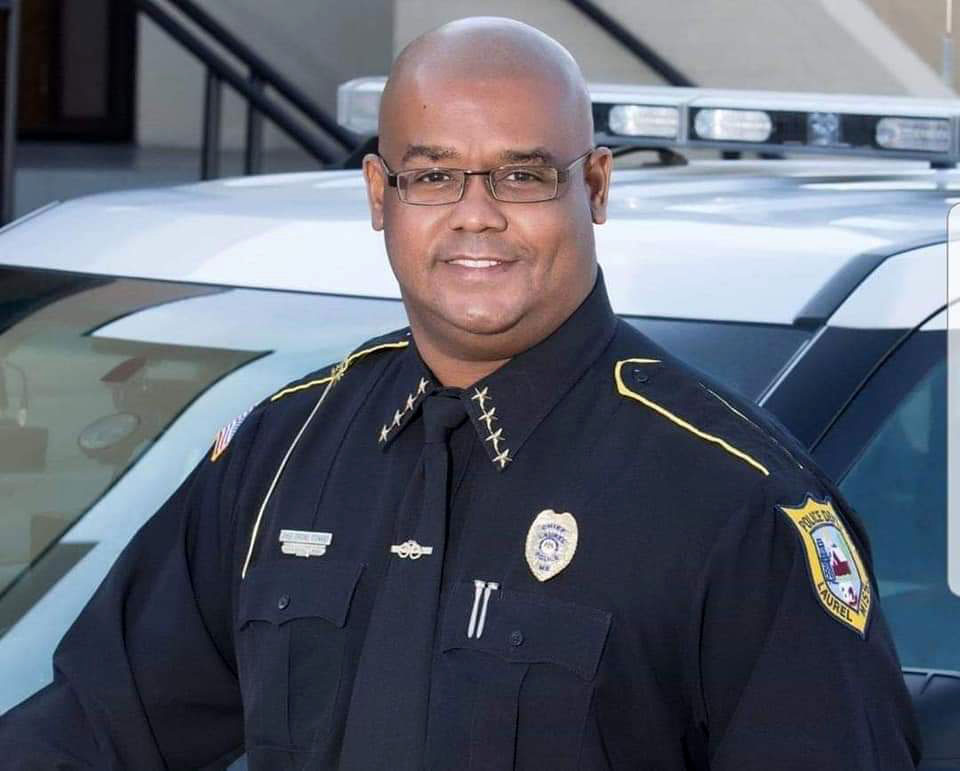 “We were amazed to see the tremendous growth and the number of graduates from the Laurel/Jones County area,” said Stewart’s sister, Brenda Weathersby. “We feel Jones College has and will continue to prepare students to be leaders, leaders who will do their part to make positive contributions in the world, and perhaps like Tyrone, make Laurel their home and contribute to the city’s growth and goals; to pay it forward.”

After attending Alabama State University in 1994, Stewart returned to his hometown and worked for the Laurel Police Department for 22 years. Rising through the ranks, Stewart quickly went from patrolman to detective in three years. As Laurel Mayor in 1999, Susan Vincent promoted Stewart to Sergeant, then Lieutenant in 2002, and Captain in 2005. A year later, newly elected Mayor Melvin Mack promoted Stewart to Deputy Chief before promoting him to Interim Chief of the Laurel Police Department in 2011. The Laurel native and Northeast Jones graduate was officially appointed by Laurel Mayor, Johnny Magee in 2012, to Police Chief of the City Beautiful, which he faithfully served in that position for eight years.

“His dream was to see his children (Jasmine and Justin) and local children graduate from college, thrive, give back and become leaders. The Chief Tyrone Stewart Memorial Scholarship is being created in his honor to pay tribute to his memory and to keep his legacy alive,” said his wife Catrina Stewart.

Laurel and Jones County public school students majoring in law-related fields such as criminal justice, law enforcement, forensic science, or law, will be eligible for the scholarship. Recipients will also be required to have a 2.5 GPA, participate in extra-curricular activities or sports, volunteer in the community, be of good character and possess leadership abilities. Initially, the family’s goal is to provide two, Jones College freshman each a $500 scholarship and one sophomore a $1,000 scholarship to use for tuition, books, supplies, room and/or board.

“Tyrone Stewart’s family understands the importance and the impact education has on an individual. As they work to establish, The Chief Tyrone Stewart Memorial Scholarship through the Jones County Junior College Foundation, Inc., this scholarship has the potential to benefit a lot of people in addition to the future scholarship recipients,” said Executive Director of JCJC Foundation Inc., Joel Cain. “In this case, the scholarship recipient could impact everyone living in the community where the recipients work to enforce the law. This is exactly what Chief Stewart spent a lifetime doing professionally. We are proud to assist the Stewart family in their efforts to inspire others to serve their communities in a similar role as Chief Stewart.”

While rising through the ranks of the Laurel Police Department, Stewart was recognized by local, state and federal law enforcement agencies for his work in various roles of the department.  He was praised by Federal Judge William Barbour for his role involving a double homicide/kidnapping and in 2006, Stewart’s work helped solve the 1985, murder case of seven-year-old, Cookie Dean. All the Laurel Mayors Stewart served under had nothing but praise for his work in the community, as well as his leadership.

“He knew how to deal with people, how to diffuse things. He was fair to everybody. He was a good man,” former Mayor Melvin Mack told the Laurel Leader Call when asked to comment on Stewart’s passing.

“He always talked about growing up in the projects, then going on to get his 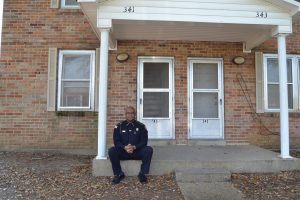 college degree and going into a career in law enforcement….It doesn’t matter where you start, it’s where you wind up. He showed that example every day,” said Magee.

Stewart would often say, “To protect and serve. At the end of the day that is what it’s all about.” Reportedly, when he was not in his office, he was out in the community checking on his staff, citizens, businesses and schools. Stewart would often stop by the schools unannounced to visit with students. Being of service to others was his life calling and his purpose.

“He was a new patrolman when I became mayor…(and) he was already a leader finishing the Jackson Police Academy with the top award. Tyrone was my son and I was his second mom,” said former Laurel Mayor, Susan Vincent at Stewart’s passing. “I rode with him on the night shift many times. He was a proactive officer which wasn’t always popular…. He was tough, diplomatic, funny and loving and was well respected in the community…. Job well done, Tyrone.” 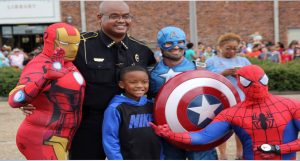 n the city and community. Hometown star and Jones alumnae, Erin Napier noted in her blog in January 2019, some of Stewart’s contributions. She lauded Stewart for holding toy drives for kids in need at Christmas and giving his personal cell phone number to everyone in town so, “they would always feel taken care of.”

Stewart is also credited with beginning the LPD “Fill-A-Truck” campaign to collect food and monetary donations for the Good Samaritan Food Pantry and he was nominated by the Justice Department as Chairman of the Project Safe Neighborhoods initiative.

“We hope the scholarship inspires a spirit of giving back and helping others in any way you can,” said Weathersby. “We also hope the scholarship relieves some of the financial concerns that a family or student might have and we hope students looking for a ‘service or public servant’ career will choose a career in the study of law or criminal justice.”