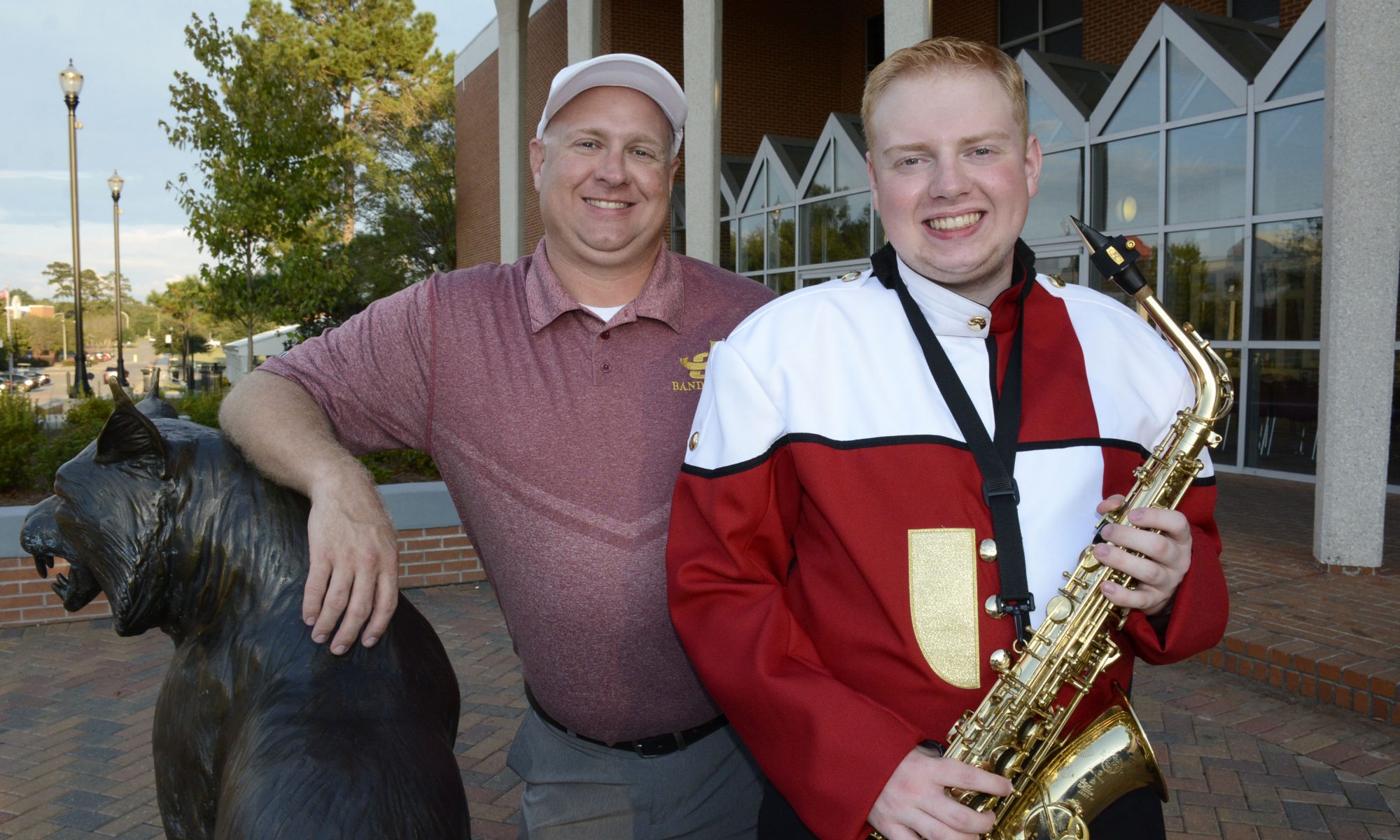 The bond between a father and son is special. However, Jones College’s Director of Bands, Dr. Ben Burge not only gets to bond with his son Max who is a freshman at Jones, but he also gets to “band” with him.

When the younger Burge contemplated playing in the band in middle school, his proud father, who was the High School Director of Bands at Northwest Rankin School District was hopeful. “He actually tested high on all of the instruments. He could have chosen any one of them. I thought it was cool for him to pick the saxophone,” said Dr. Burge, who also plays the saxophone.

After playing throughout his high school career at Oak Grove High School, Max realized high school and college marching bands are very different; but not because his dad is his director.

“I prefer concert season over marching season because it’s hot and agonizing. However, at Jones, it’s more relaxed here. I like playing for the audience and not judges. If high school band was like this I may have stuck it out because preparing for high school band competitions was very stressful!” said Max. “My dad pushes us but it’s more enjoyable at Jones.”

Dr. Burge noted his son doesn’t get special treatment in his band. In fact, he said he expects more out of his son. “He takes criticism well and makes adjustments as needed. He is a very good student and we’re very proud of who he is. He knows I expect a lot out of him.”

Max admitted there were some things he didn’t really like about growing up as a band director’s son, like the long rehearsals. However, both said they are glad they are able to share this priceless experience bonding in the band.

“It is a very special thing for me to have Max in my band at Jones! I get to see him every day!” said Dr. Burge. “We may not speak to each other but I’m able to tell my wife he looks good marching around with his bandmates. Band has taken so much time away from my family over the years. Having him here with me during his college years is very special!”

Growing up, the Burge family followed dad to the school on weekends for concerts or games. They often traveled on the road for football and basketball games too. Even though mom is a speech pathologist for the Lamar County School District, Cindy Burge has supported her husband coaching color guard students and dance teams, or just being a fan. Traveling most likely will continue for the ladies in the Burge household as the father-son duo cherish doing “band” together at Jones College for the next two years.