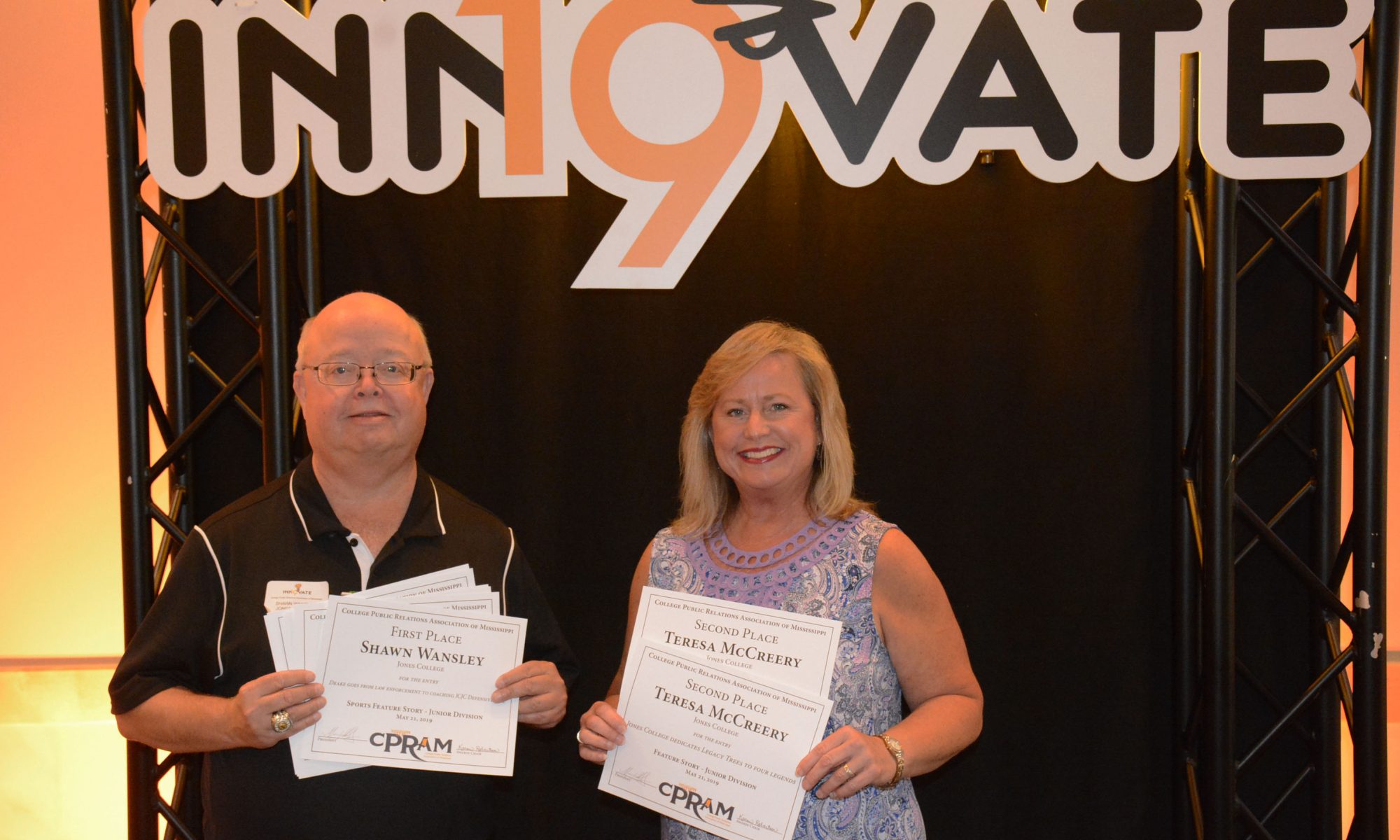 “It is extremely rare for one person to earn all three spots in the sports news and sports features categories at a statewide college public relations association competition and conference.  I know this has happened in the news story and feature category once before, but it has not happened in the sports writing categories in recent history,” said Jones College Media and Public Relations Director, Teresa McCreery. “To understand the importance of this accomplishment, you have to consider the likelihood of no one from the other 14 community colleges in the state submitted an entry, which is doubtful. The judges simply selected Shawn’s sports stories and features as the best entries amongst those submitted.”

Both Jones College employees were experienced, news and sports reporters before joining the Marketing and Public Relations Department.  Wansley has been the SID since July 2007, and McCreery has worked in a few different roles since August 1997.