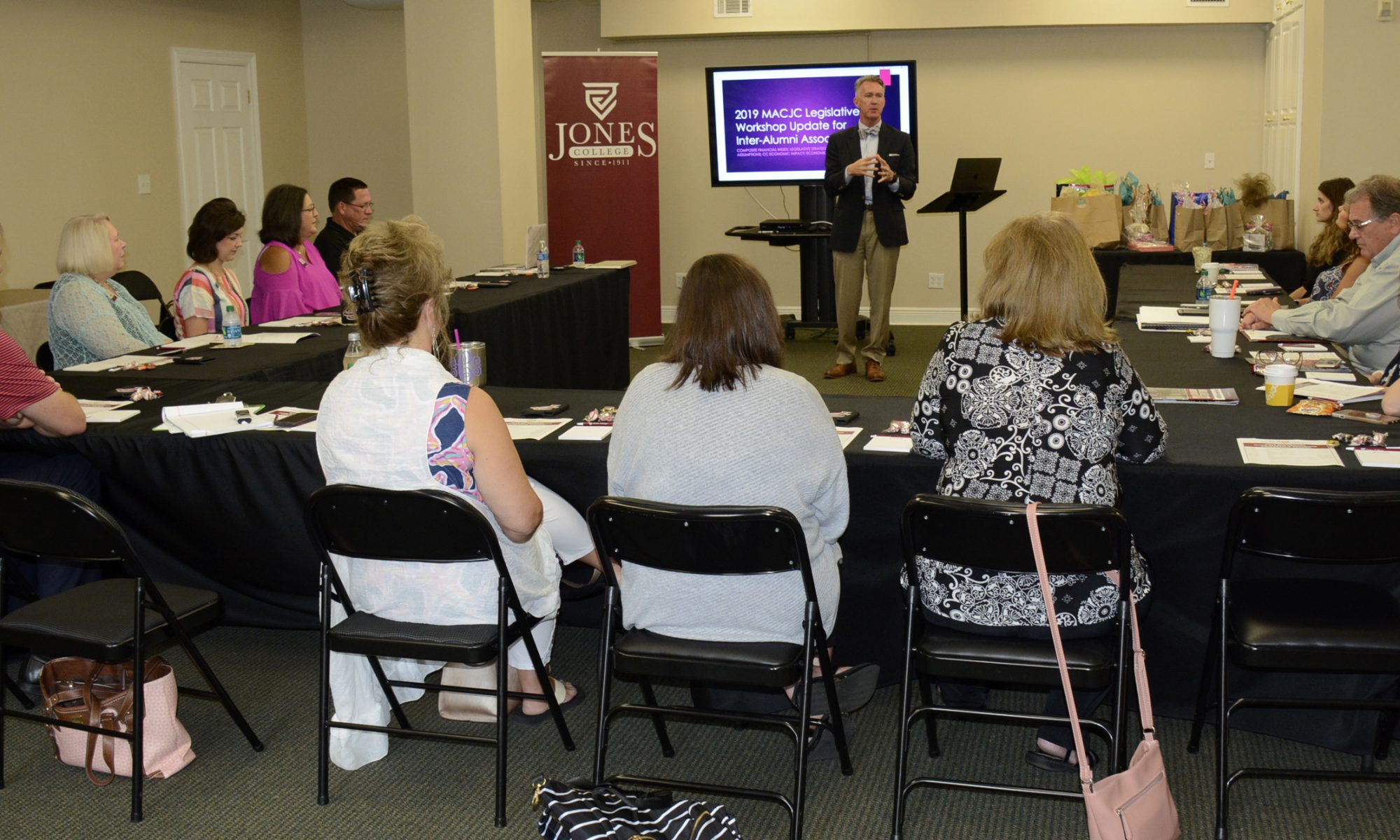 ELLISVILLE – Alumni and Foundation representatives from the state’s 15 community colleges gathered on the campus of Jones College for the annual Mississippi Inter-Alumni Association Conference. The group toured historic 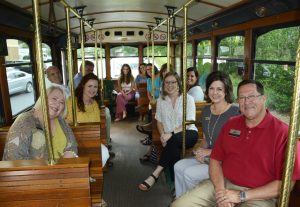 downtown Laurel before delving into topics of concern for the college’s alumni and foundation offices. Jones College President, Dr. Jesse Smith shared some of the President Association’s legislative agenda for the upcoming year including the financial health of the state’s community colleges and how the alumni and foundation associations can help. A list of recommendations was shared with the group after analyzing a socioeconomic report of the nation’s oldest community college system.

“Your college needs you more now, in what I would call a tumultuous time in higher education.  Everything that was up is now down and whoever comes out on the other side is going to be the winners in the future. It’s imperative we build upon our alumni support if we’re going to make these changes,” said Smith. 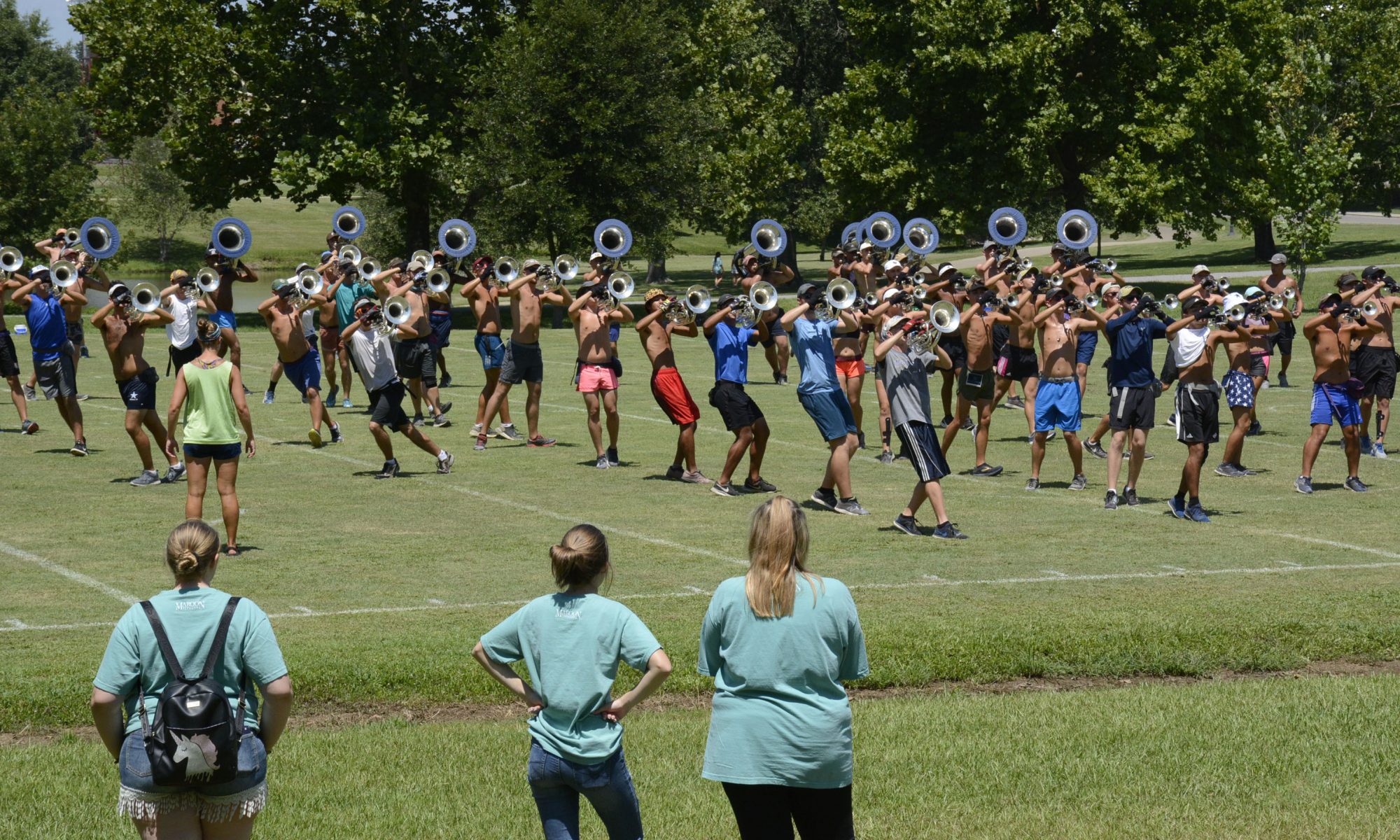 ELLISVILLE – The World-Class competitive junior drum and bugle corps, the Blue Stars spent a couple of days at Jones College to prepare for a competition in Hattiesburg.  The La Crosse, Wisconsin based group is touring the nation in preparation for an opportunity to compete and to show off the talents of about one-hundred, mostly college-aged musicians. The group travels more than 12,000 miles to perform in Alabama, Louisiana, Mississippi, Tennessee, Texas, Missouri, Oklahoma, Virginia, North Carolina, Ohio, Washington D.C., Pennsylvania, and New York, before ending their summer in Indiana.

The JC band leadership and band directors had the opportunity to see the Blue Stars practice. Director of Bands at JC, Dr. Ben Burge said, “Watching DCI groups perform is amazing but to also have the opportunity to see how these world-class musicians prepare for a physically demanding show is inspiring for my students.” 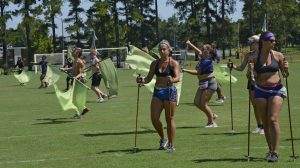 In the marching band world, this group is in the “Major Leagues.” The Blue Stars is one of the thirteen founding member corps of Drum Corps International will be competing with seven other groups at Southern Miss in Hattiesburg.

ELLISVILLE – Every journalist dreams of having their story being picked up by the Associated Press Newswire. Ironically, some journalism students at Jones College discovered the national press-wire featured their newspaper, the Radionian after it earned a national award.  The college’s student newspaper advisor, Kelly Atwood said she’s very proud of her students for accomplishing what seemed to be an impossible honor to attain, especially since this was the first year to enter the newspaper in the national competition.

“We’ve attended the conference for a couple of years to make contacts, tour companies and bring back ideas, but this year I decided to enter our newspaper in their competition. It was a pleasant surprise to find out we won, and now I honestly wish I’d been entering since we began attending. I have some talented students who deserve recognition. It takes all the staff members and editors working as a team to accomplish something like this. I’m very proud of them,” said Atwood.

Only part of the team of budding journalists attended the Spring National College Media Convention in New York. They had departed for Mississippi when they learned they won the David L. Adams Apple Award.

“It was the first time we entered this national competition and I didn’t expect to win!” said Atwood. “We didn’t stay for the awards ceremony so we could catch an early flight home.”

“Attending this conference is an incredible learning experience for students. Being in New York is a unique opportunity to tour places like magazine headquarters for ‘Marie Claire’ and Oprah Winfrey’s magazine, ‘O’ which are part of Hearst Magazines, as well as news agencies. The students were given the chance to ask magazine editors from different departments, questions about the company which publishes 25 U.S. magazines and 300 international publications. Hearst Magazines is also part of Hearst Communications, which is located in the Hearst Tower in Midtown, Manhattan. Not only were students impressed by the publications, but they were also awestruck by the building itself. The wallpaper was made of linen and the art on the walls were from museums such as the Metropolitan Museum of Art and Museum of Modern Art,” said Atwood.

At the state level, the student news publication has won twelve, consecutive 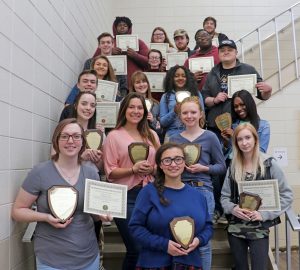 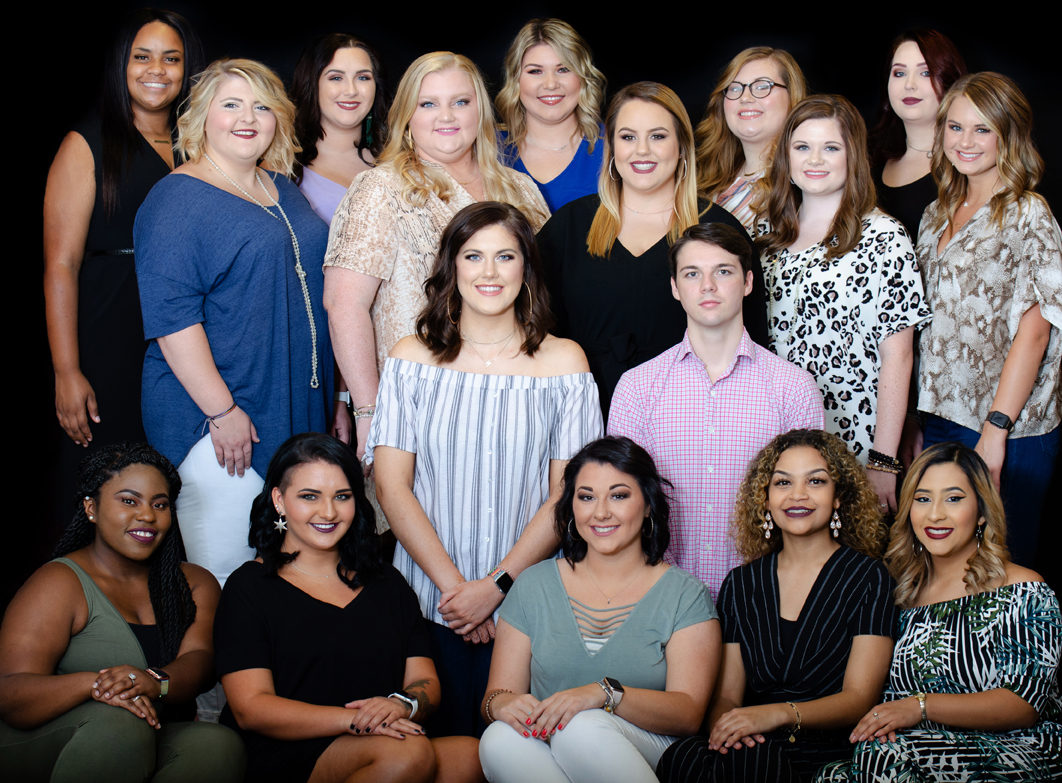 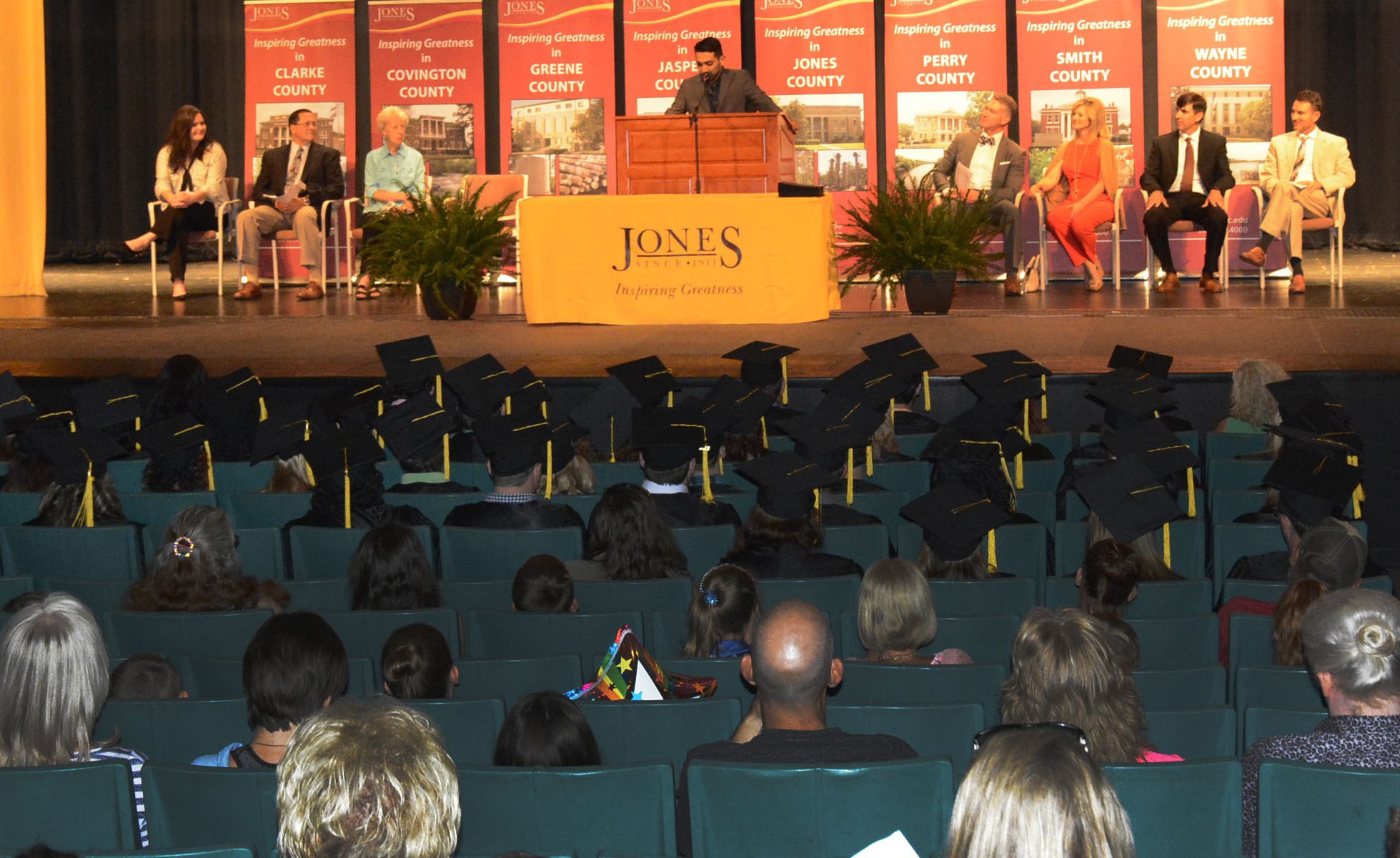 ELLISVILLE – On Monday, July 22 at 7 p.m. in the Bush Fine Arts Auditorium, about 50 of the 106 High School Equivalency graduates of Jones College’s program will hear from former graduates as their Keynote speakers.  JC instructors, Brooke Donald-Health Care Assistant; Thomas Johnson-Heating/Air Conditioning and Cody Robertson-Electro-Mechanical Technology will share their experiences in the HSE program and beyond. Those participating in the commencement ceremony and their guests will also hear the journeys of these instructors and how they were able to rise above their circumstances to reach their dreams.

“Like most students who take an alternate path to earn their high school diploma, there are obstacles they have overcome to reach this point in their lives. I hope the inspiring messages from our keynote speakers, that they may also know personally, will encourage our graduates to continue to reach for their dreams,” said Wendy Evans, Jones College’s Director of Integrated Pathways.

Featured speaker, Brooke Donald has been teaching in the Health Care 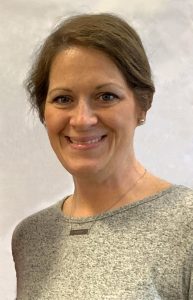 Assistant program at Jones College for the last four years. She received her GED in 2002 and graduated from JCJC with her associate degree in 2010. Ellisville’s Donald completed the Practical Nursing program in 2013 and graduated from Mississippi Gulf Coast Community College with her Associate Degree in Nursing in 2017. Determined to earn her Bachelor of Science in Nursing degree, she enrolled in the program at Delta State University for the fall semester. 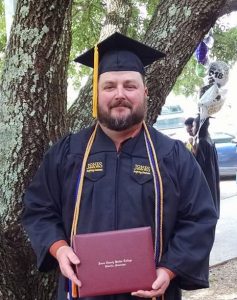 Thomas Johnson is native of New Iberia, Louisiana and was raised in Texas. Because of problems he encountered in school, he quit in the seventh grade, which he said was the “worst mistake” he ever made. Upon moving to Mississippi at the age of 16, he started working with his father doing heating and air conditioning repairs. Johnson continued working for 24 years when he decided to pursue a degree in the Heating and Air Conditioning trade. After a lot of hard work and determination Johnson shared, Jones College has changed his life in numerous ways before he began teaching at Jones, three years ago. He hopes to compel others to take a second look at the possibility of reaching their dreams. 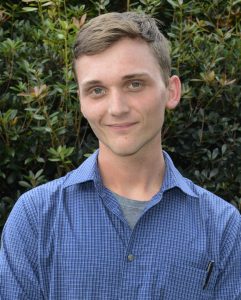 a 24-year old who has spent most of his life dealing with chronic health issues stemming from a pancreatitis diagnosis when he nine-years-old. As a result, the former Sweetwater community resident was forced to quit in tenth grade, but he pursued his high school equivalency at Jones and is now teaching his favorite topics at the college.

Additionally, the HSE graduates attending the ceremony will learn who the top-scoring students in each of JC’s eight-county district. These students will also receive scholarships to Jones. For more information about the HSE program or the numerous, free adult education programs available at the Jones College Advanced Technology Center, contact the Adult Education department at 601-477-4164, Wendy Evans at 601-477-2228 or email, wendy.evans@jcjc.edu.