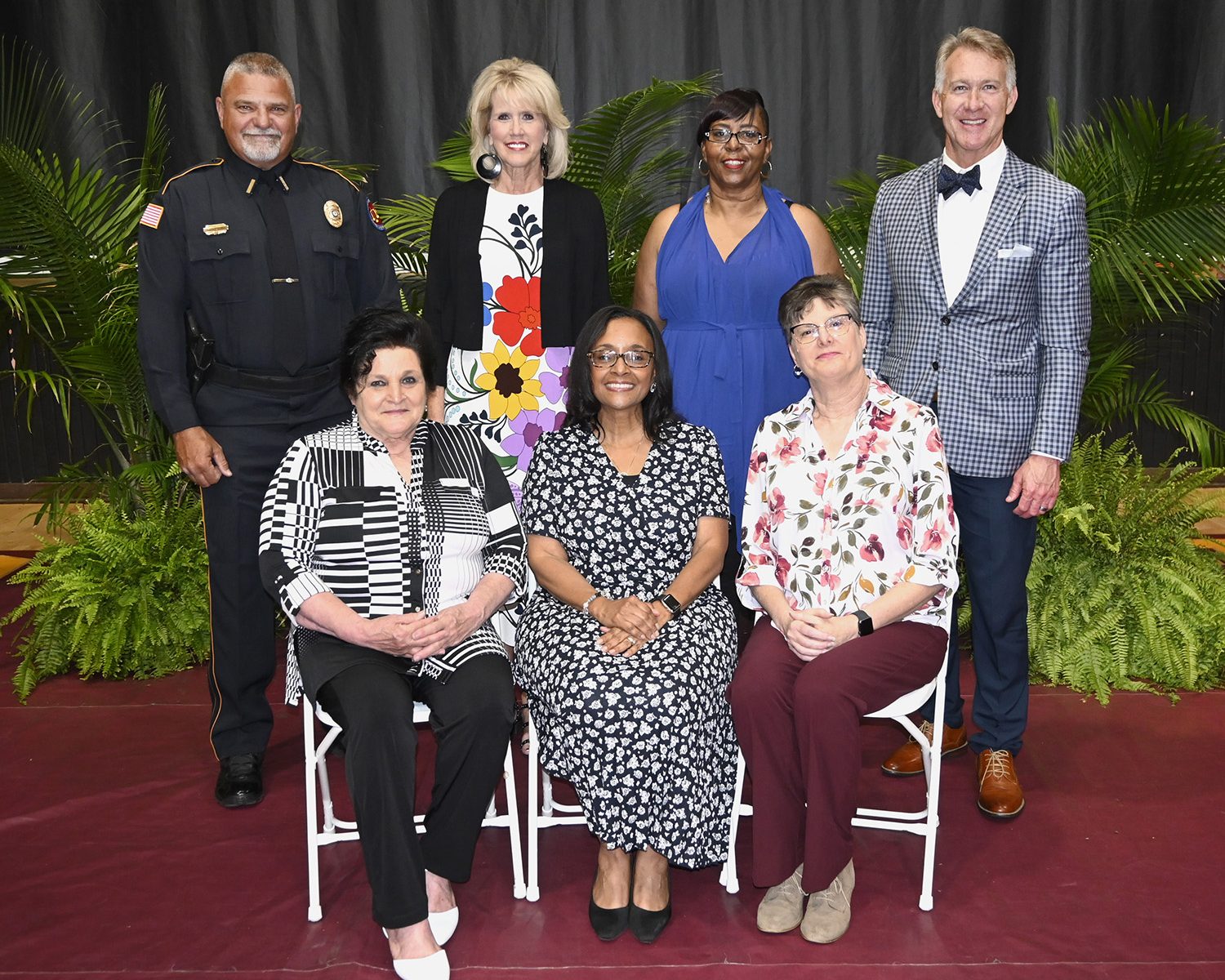 This year’s retirees include Arlena Sullivan who has been teaching business/economics courses at Jones College for 28 years. Rochelle Dahmer has been teaching English at Jones College for 25 years. Diasetta Nelson has 23 years of service to the college in environmental safety. Diane Love has been working in the college Bookstore for 16 years. Lisa Purdum worked in eLearning and marketing for 15 years. Stan Livingston has served as Chief of the Campus Police for 12 years. 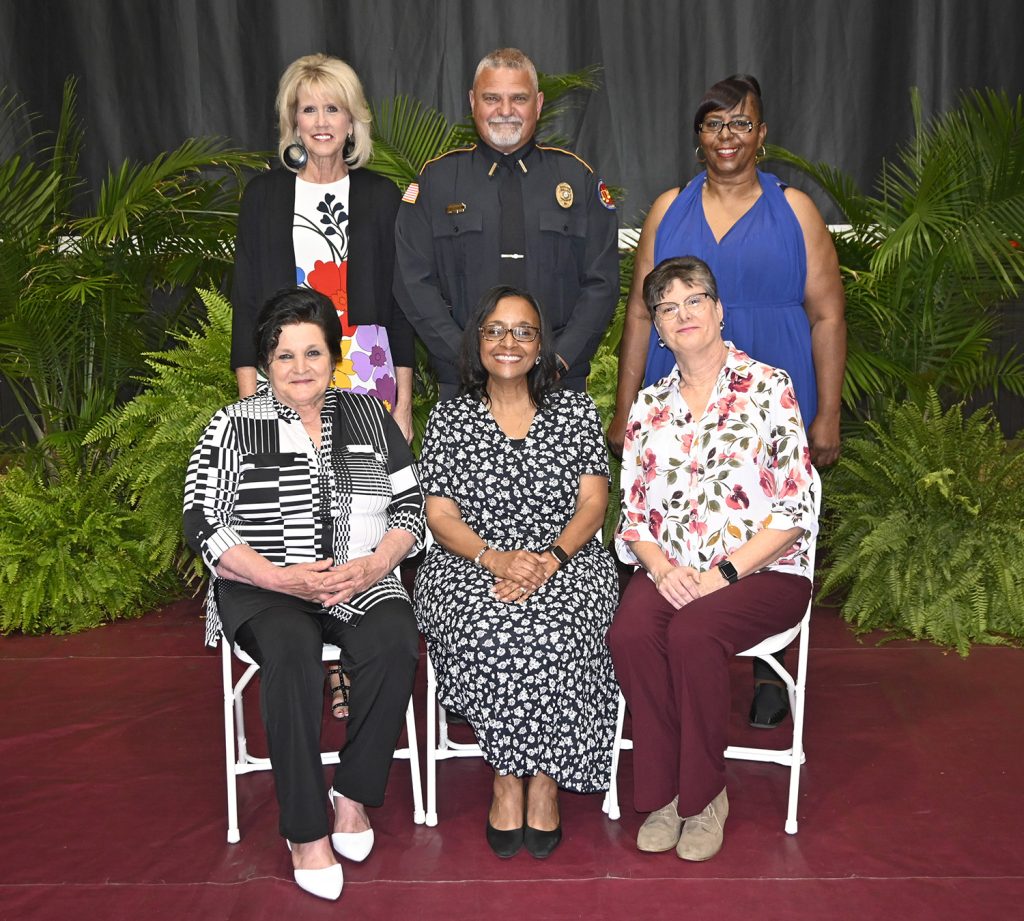 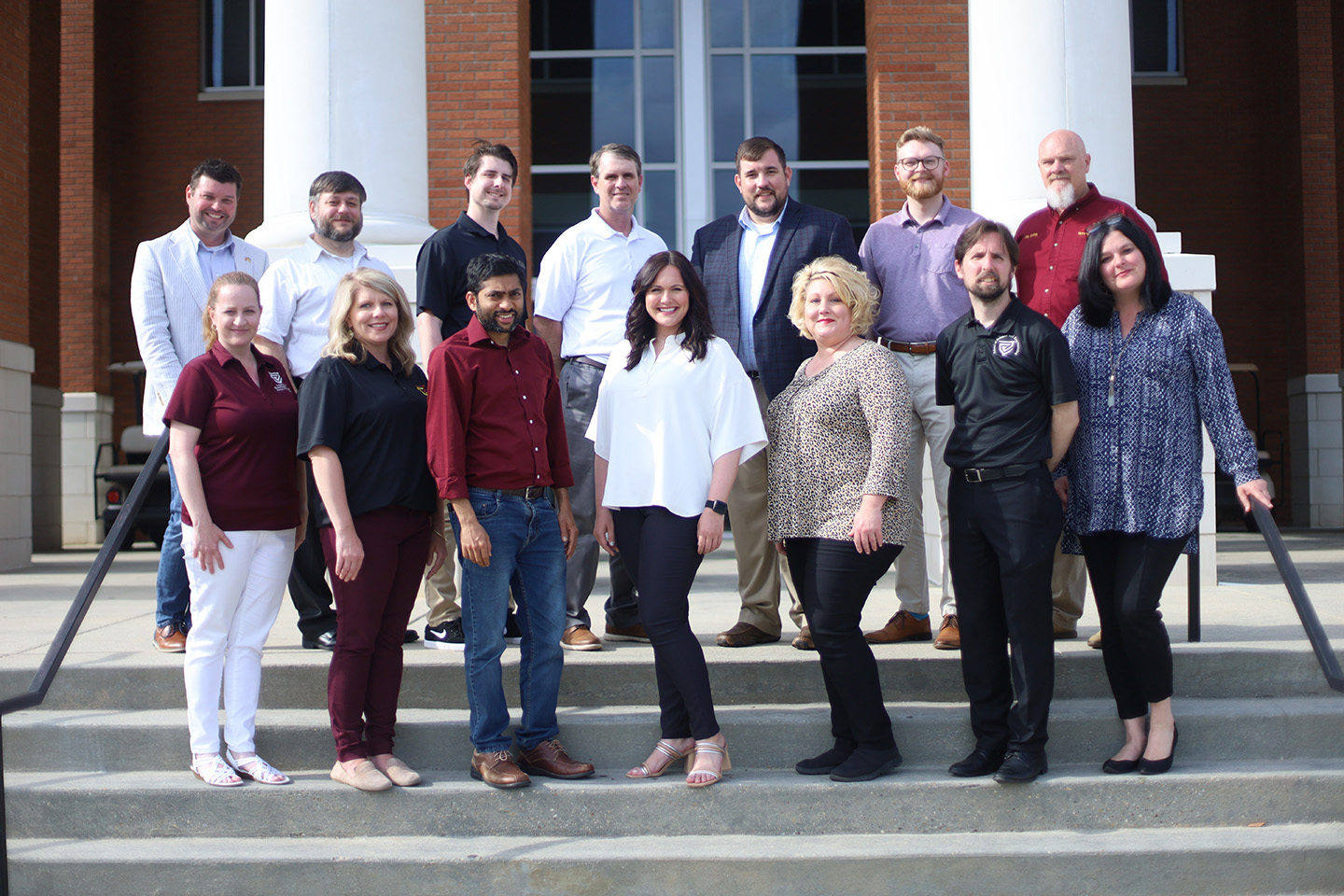 ELLISVILLE – The reality of a multi-year worldwide pandemic causes even the most robust businesses and industries to pause and consider the future of work. Jones College President, Dr. Jesse Smith, was no different. After facing numerous disruptions to business operations, he began to prepare his community college employees for the changing demands created by a new business environment.

At the same time, Dr. Mimmo Parisi, Senior Advisor for Data Science Development & Professor at Mississippi State University, was evaluating the greater need for a holistic digital transformation across the state of Mississippi. Dr. Parisi believes “that data is the center of our state, national, and world economics” and that “step one is establishing a baseline of data literacy across all levels of education and work.”

The advent of Big Data, simply defined as the exponential increase and availability of data in our world, demands members of the labor force possess literacy and competency in data science. Big data analytics helps organizations harness their data and use it to identify new opportunities and make reasonable decisions that create value for the institution.

Mississippi State University, Mississippi’s largest land grant institution, has made an educational investment in Mississippi’s digital literacy foundation by creating a twelve-hour Data Science Advanced Certification Program. This program was designed to catalyze digital transformation across the landscape of community college education in Mississippi. “Mississippi has one of the strongest community college systems in the nation, and the state will be uniquely positioned as a national leader in data science if this program is fully adopted across the entire Community College system,” shared Dr. David Shaw, Provost and Executive Vice President at Mississippi State University.

In pursuit of equipping Jones College students with data science literacy, Dr. Smith concluded that the college’s faculty must first be equipped with the expertise to integrate data science literacy concepts into their curriculum, regardless of school or department. Smith reasoned that an essential change in the mindset of the college’s employees and faculty would spread and instill the same mindset in graduates across campus.

The Data Science Advanced Certification Program was created as a partnership opportunity between Mississippi State University and the Mississippi Association of Community Colleges (MACC). By establishing a partnership with Mississippi’s community colleges, Mississippi communities can be assisted at the ground level, shared Dr. Parisi.

Mississippi State University, in conjunction with Jones College,  introduced its pilot course in the Spring of 2022. A combination of 16 Jones College faculty and staff enrolled in the Introduction to Data Science Literacy Instruction course. The course was designed to teach community college faculty and staff an introductory understanding of data science and how to use it in (1) curriculum writing and (2) college workforce development efforts.

If you would like more information on the Data Science Advanced Certification Program, please contact Dr. Mimmo Parisi at m.parisi@msstate.edu or Dr. Jesse Smith at Jesse.smith@jcjc.edu. 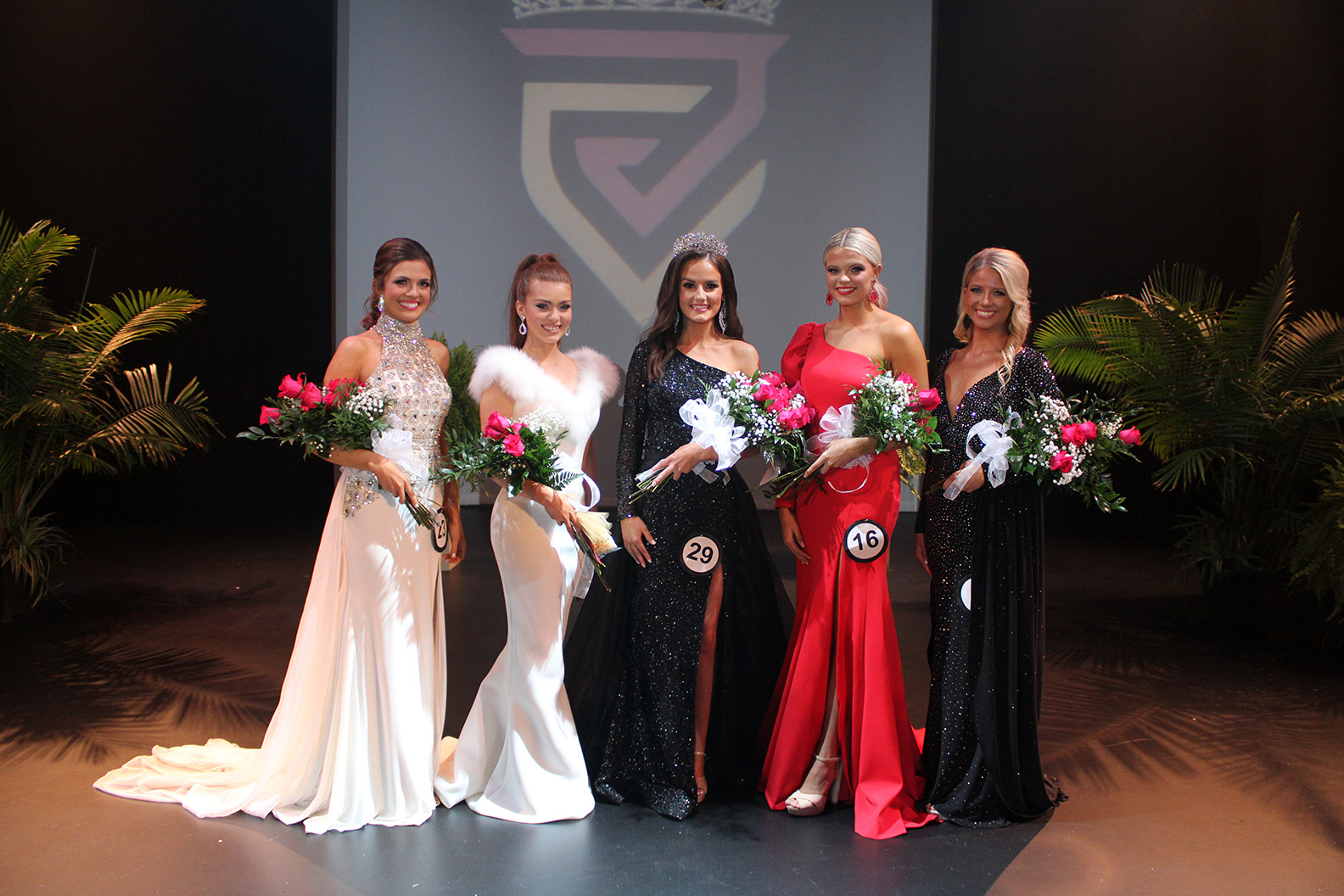 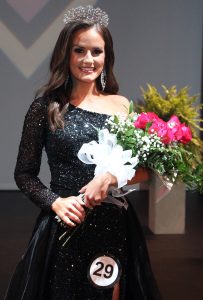 crowned “Most Beautiful 2022” at the annual Jones College Most Beautiful Pageant, held April 12, in the M.P. Bush Fine Arts Auditorium. JC’s “Most

Beautiful 2021,” Caidyn Crowder returned to bestow the crown upon this year’s winner. Ainsworth competed with 29 JC students vying for the title.

Other winners included Mary Kebodeaux of Richton who earned the title of “Miss Congeniality,” and Keely Skellion won the title of “Most Photogenic.” The audience chose Bralynn Newell of Newton to win the title of “Audience Choice.”

“I appreciate the JC ‘family’ for coming out to support their friends in the pageant, this year, which seemed more ‘normal’ since the pandemic kept a lot of people home last year,” said Journalism advisor, Kelly Atwood. “I’d also like to thank the Pageant Directors, Dr. Tessa Flowers and Bruce Smith because this event would be impossible without them. Also, I’d like to thank our emcee for the night, Renee Adcock, Jones OnStage for providing entertainment for the evening, Horticulture instructor Wendy Wilkerson and her students decorated the auditorium beautifully, and Patrick Trest provided technical support which helped make the night perfect. There were many more people behind the scenes who also played an important part in creating a beautiful event.”

The Most Beautiful Pageant is hosted by the Jones College Yearbook, The Lair. 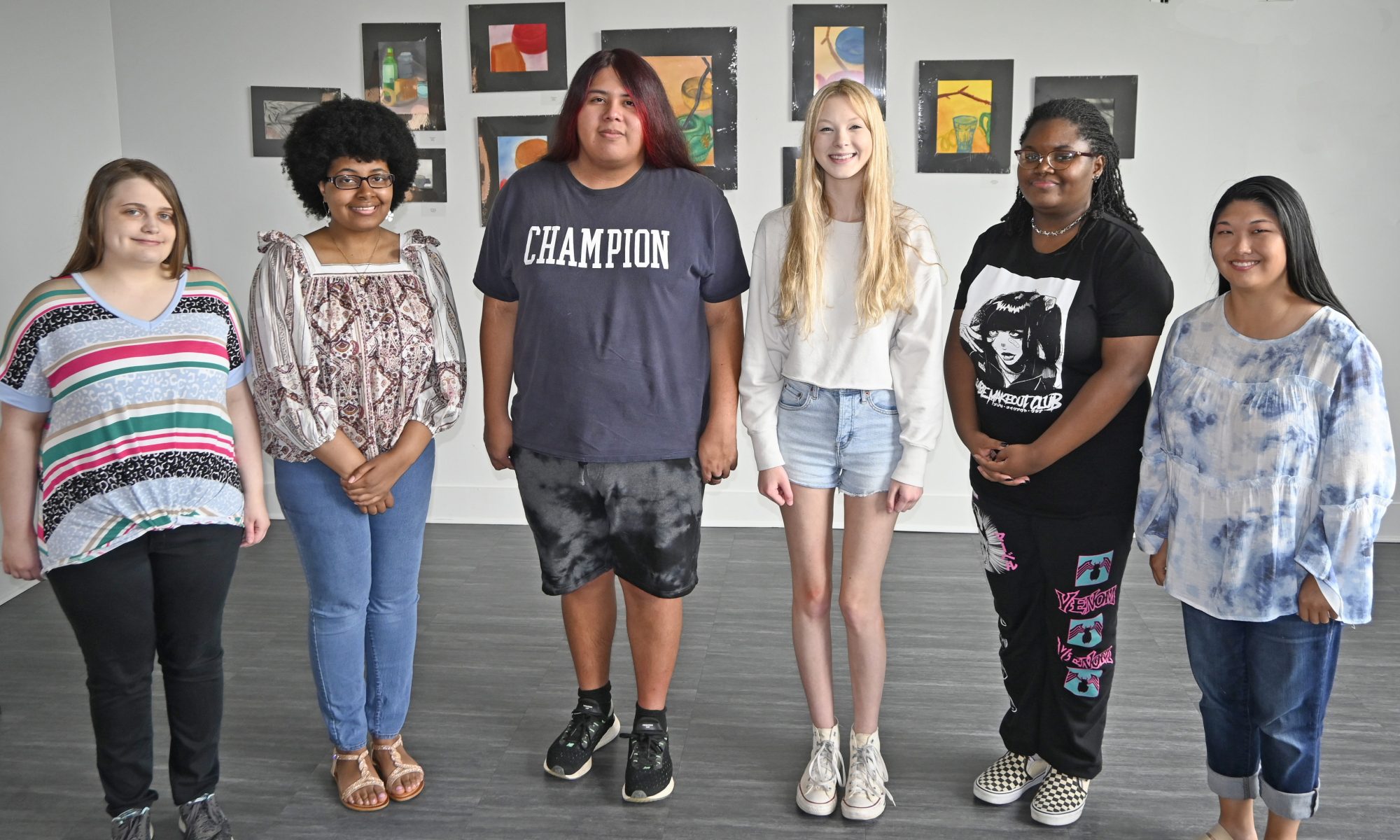 ELLISVILLE – Seven Jones College sophomore art students will be showing off their artwork in their final exhibition from April 11, through May 6, in the Eula Bass Lewis Art Gallery on the Ellisville campus. The public is invited to a reception on April 19, at 1:30 p.m. for sophomores, Savannah Couch of Ellisville, Aryn Cox of Laurel, Alexis Ducksworth of Taylorsville, Carly McInnis of Mize, Rachel Reon of Ellisville, Ana Claire Walters of Laurel, and Quinton Chapman of Sandersville.

At Northeast Jones High School, Chapman said he focused on mainly one type

of art. Jones helped him discover there’s more to art than he realized.

“Jones made me understand I could do a lot more in art than just one type of art,” said Quinton Chapman of Sandersville. “I discovered I really enjoy painting and drawing and not just the comic book or anime’ style of art.”

Jones College Art instructor, Melanie Eubanks said these art majors are required to take the Exhibition IV course. The goal is to give them practical experience in displaying their artwork, what to show along with learning the other facets of creating artwork.

“It is a great opportunity for students to showcase the work they’ve done here at Jones over the last two years. We prepare them in all aspects of art from learning technique and the technical aspects of creating art, to learning how to best display their artwork. They have done all the matting and hanging themselves,” said Eubanks.

The artwork on display includes drawing and designs, 3D designs, painting, and ceramics. For more information about the JC art show or to arrange a visit to the gallery call, 601-477-8401. The Eula Bass Lewis Art Gallery is open Monday through Thursday, 8:00 a.m. until 3:00 p.m., and Friday from 8:00 a.m. until 2:30 p.m. The gallery is closed during the holidays. If you want to know more about the Jones College Art Department, go to the JC Art Department’s Facebook page, https://www.facebook.com/JCJCFineArts/ and on Instagram @artatjonescollege. 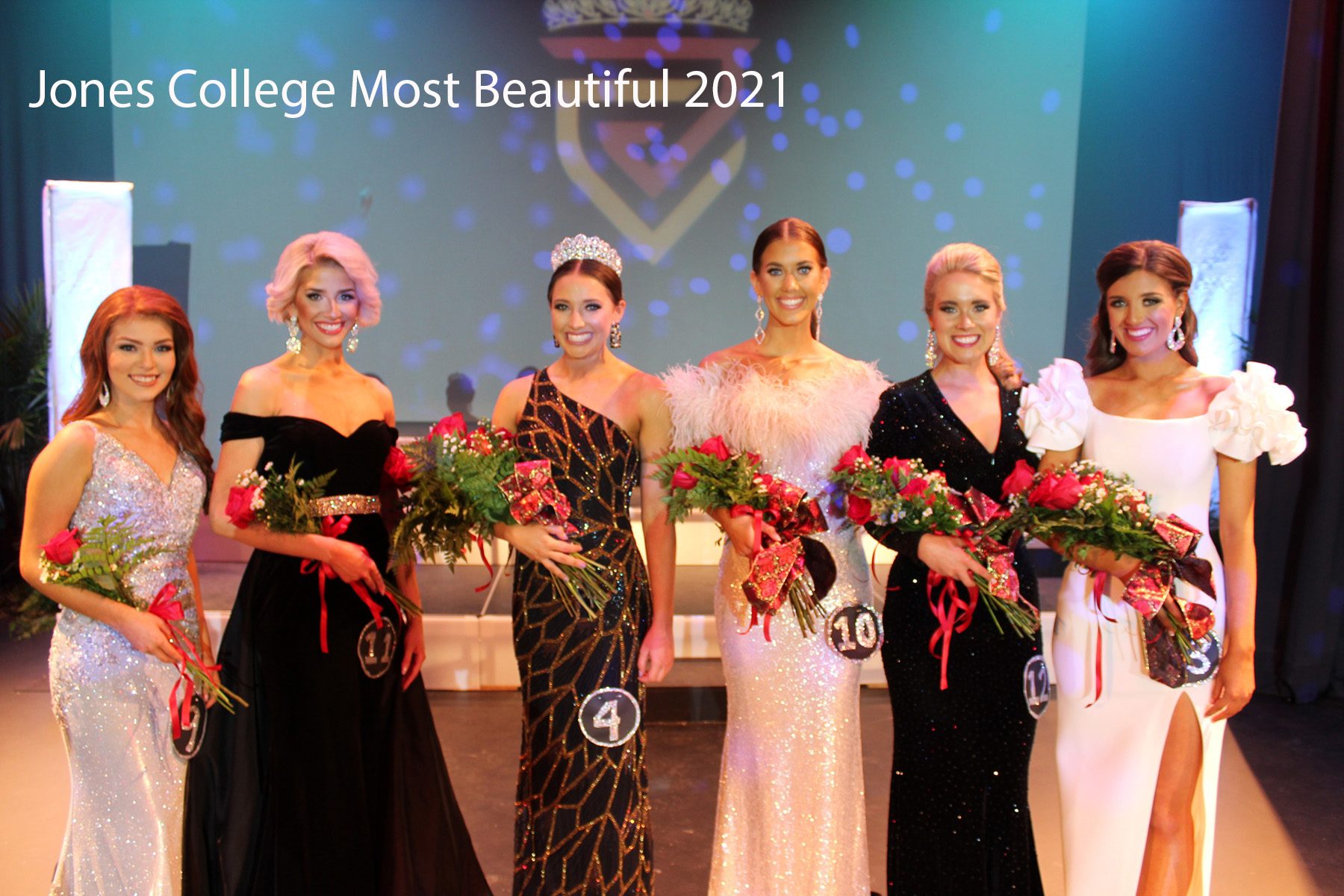 ELLISVILLE- The annual Jones College Most Beautiful Pageant will be held Tuesday, April 12, at 7 p.m. in the M.P. Bush Fine Arts Auditorium. Thirty contestants are vying for several awards including the title of “Most Beautiful,” Top Ten, Top Five, Most Photogenic and the People’s Choice Award.

Admission is $5 for adults, $2 for children 12 and under, and free for Jones students with their student ID. The audience will have the opportunity to choose the “People’s Choice” award for a $1 “write-in” vote. Attendees will also see a performance by JonesOn Stage. For more information, contact the Office of Student Affairs at 601-477-4030.