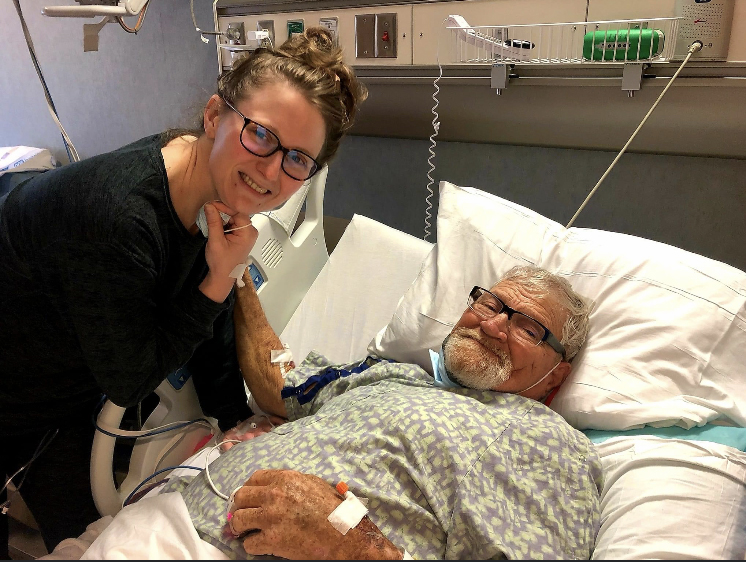 ELLISVILLE-Wiggins resident and former Smith County native, Stephanie Smith is not only living proof of a miracle, but several miracles. The 40-year-old entrepreneur and mother of four children, ranging in ages from 16 to 7, could have died from a weak spot in a blood vessel in her brain that was miraculously caught before it burst. The Taylorsville native was dealing with hearing loss, vision problems and headaches when she sought help from a new doctor who discovered the brain aneurysm from an MRI. While pregnant with her daughter Kaitlynn, the then 27-year-old lost her hearing in one ear.

“After two years without any relief, I finally got the ENT to refer me to a specialist in Jackson, Dr. James House who discovered on the MRI an aneurysm. Finally, I thought!” said Smith. “I will be better!”

After having one stent and a coil surgically placed in her brain to repair the aneurysm, Smith was still suffering from hearing loss a few months later. She returned to the surgeon, pleading for help. He took the time to read the MRI scans again and discovered the Arteriovenous Malformations or AVM. An angioplasty was performed to insert a second stent in her brain. When she awoke from surgery, she was ecstatic her hearing had returned.

“I thought the angioplasty to repair the AVM was the end of my medical problems, but it caused a pseudo tumor, which mimics tumors. The side effects of the angioplasty were life altering for one year,” said Smith. “While recovering from surgeries to repair the brain aneurysm, my dad said, ‘God must have big plans for you!’”

Her journey, in and out of hospitals, E.R. visits, lots of medications and pain 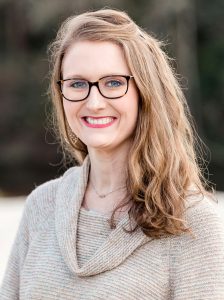 management over the last 13 years never fixed all of the problems. Despite visits to Ochsner’s in Slidell, Forrest General in Hattiesburg, and a hospital in Wisconsin via tele-health services were unsuccessful. Her pursuit to be pain free and the cause of her dysautonomia led Smith to a nephrologist at the University of Mississippi Medical Center last summer, and the next few miracles. Doctors explained that removing Smith’s left kidney was her best option to solve the mysterious medical condition called, Left Renal Vein Entrapment or “Nutcracker Syndrome” and hopefully, the dysautonomia too. She could have kept the kidney and surgeons would have “nested” her left kidney alongside the right kidney, but Smith wanted to donate it.

“When considering whether to auto-transplant or donate my kidney, the answer was easy. I know now it was part of God’s plan all along and he will guide us through recovery too,” said Smith. “Just thinking about everything and I’m amazed at God’s timing yet again. I’m also so happy to finally know why I had this pain and dysautonomia for more than 25 years, and to be able to hopefully save someone’s life is surreal.”

In a miraculous twist of fate, the person whose life she “saved” just two months ago in November, was Wiggins resident, Orvelle Eubanks. Suffering from kidney disease from diabetes, the 68-year-old saw a social media post from Stephanie Smith on August 4, 2021, discussing her decision to donate her kidney.

“I was fishing and I don’t usually take my phone, but it kept buzzing so I had to look. I saw Stephanie’s post and immediately asked her if I could have her kidney!” said Eubanks.

Smith said she’s known Eubanks, and his family for years-he is a distant relative to her children. However, the members of Red Hill Missionary Baptist Church never knew of each other’s illness.

Without hesitation, the two began the process to learn they were compatible. The only hurdle left was the surgeon’s reluctance concerning Eubanks’ age.  Nevertheless, because of his overall health, the nephrectomy to remove Smith’s kidney and transplant happened on November 16, 2021. Eubanks’ left kidney was removed and replaced with Smith’s kidney.

“I didn’t know she was ill but getting her kidney has been a miracle! I woke up from transplant surgery and the doctor said everything was perfect! I lost 12 pounds of fluid in 24 hours, and I haven’t had any problems since,” said Orvelle.

Additionally, Smith’s prognosis is just as amazing with positive reports for the future.

“Today I can say I am almost pain free. I haven’t been able to say that in more than 20 years! I have ‘phantom pains’ but I’m blessed. For some reason God still wants me here!” said Smith. “In fact, I just got over Covid and I’m fine! The surgery was a success on all levels in my opinion.”

The journey to this point, could have seemed hopeless but her kids were also her motivation to become an entrepreneur. Between Covid restrictions and the unbearable pain, working outside her home was not an option in 2021. Amazingly, Stephanie managed to start her own freight logistics business, Choice Logistics LLC, in January 2021.

“One year later, and I’ve reached one million dollars-plus in gross revenue which is unheard of in this economy for a one-person operation. I’m also expanding and hiring to keep up with the demand,” said Smith. “All the skills I learned while selling Pampered Chef- recruiting people, earning top sales and recruiting goals, prizes and more, allowed me to confidently start my own freight brokerage company from home, despite the odds and medical issues.”

Being an entrepreneur was never Stephanie’s goal, but it has been an answer to many prayers. Her initial dream, when she started college at Jones in 1999, was to be a journalist, writing news and human-interest stories, and then become a novelist. While growing up, however, college was just a pipe dream for the Taylorsville native because her family business took priority. She grew up with 10 siblings and was homeschooled while also working the family deer hunting business, selling deer lures, and sewing clothing. She said they rarely left home. Everything changed with her desire to go to church. At First Baptist Church in Taylorsville, she began making friends, including Roger and Mary Barron-Jordan, Kevin and Lana Butler, Sheila Williams, and Mary Ann Hill; each played a vital role in her life.

“With everyone’s help, I earned my GED with my fourth-grade education. They took me to the JCJC library and classes and moved me into the dorms as a student. Being JCJC alumni, the Jordans made college sound fun, filled with lots of opportunities. I had lived such a sheltered life before coming to Jones, then I was on my own in the dorms,” shared Smith. “Writing for the college newspaper and being a member of the Baptist Student Union opened more doors. Everyone was encouraging and helpful. My teachers and advisors helped me one-on-one, and I loved the classes. Science instructor, James Fitch was especially kind and encouraging. If the teachers had not been willing to work with me and encouraged me to never give up, I don’t know where I’d be without their support.”

College Algebra and “life” kept Smith from earning her Associate degree until 2016 when she graduated from Jones College. She continued her education at USM while also working in the admissions office. Today, Smith is just 11 credit hours away from earning her bachelor’s degree in Liberal Studies with a minor in Library Science.

Her medical challenges and a few other obstacles, like caring for her ailing father after quadruple heart bypass surgery and his passing away in December 2020 from dementia, forced Smith to put her education on hold, again. Despite it all, Smith still finds hope and success. She is now expanding her business because of the demand to “unclog” the national supply chain issue. Contemplating her miraculous journey, Smith said she’s looking for more opportunities to bless others.

“My source of strength is God; I can’t pretend it was me,” said Smith. “However, I couldn’t give up because of my kids. I had to keep going and I’m not done yet! A lot of people helped me along the way, and I want to pay it forward as often and as soon as I can.”