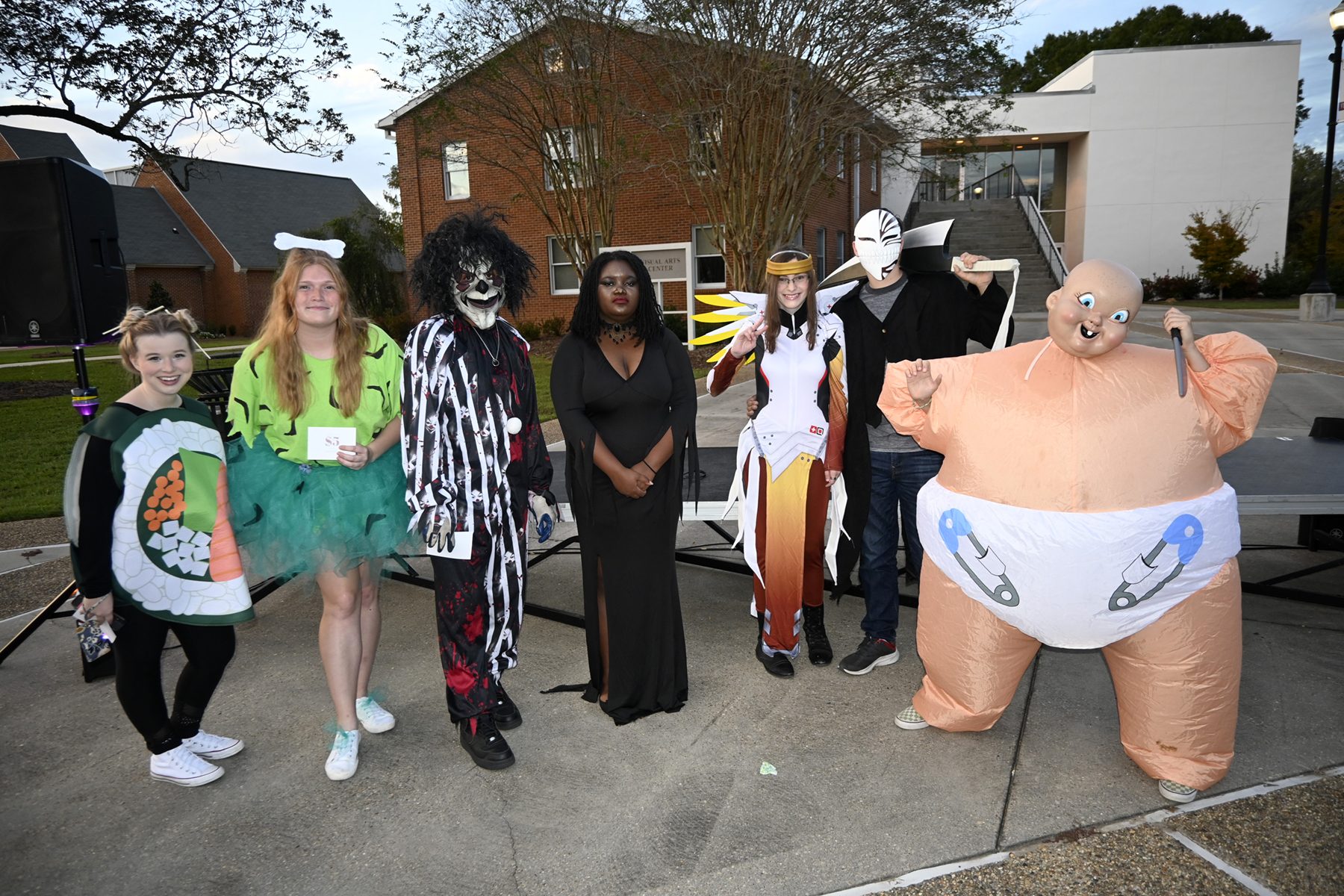 ELLISVILLE –Several hundred super-heroes, princesses and ghouls came out to have fun at the annual Jones College Treats in the Streets on the JC campus. Kids played games for treats in the booths set up by JC faculty and students as a way to give back to the community. Some children participated in the costume contests for babies through teens, with the winners of the creatively dressed kids receiving a variety of goodies and sweet prizes fro

College students who dressed the best received Bobcat Bucks for their efforts. Taking first place was Jordan Grimes from Leakesville as “Pebbles Flintstone.”  Jada Austin of Hattiesburg came in second place as “Sushi Roll” and Aidan Church of Ellisville as the “Scary Clown,” took third place. 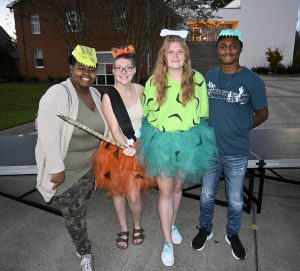 JC students and winners in the Group category, Grimes, Samantha Dildine as BamBam, and Rashad Bullock and Keasia Andrews of Tylertown as the dinosaurs, were the Flintstones Characters. Also participating as honorable mention winners were Aryn Makayla Cox of Laurel as “Morticia Adams,” Brandy Patterson of Ellisville as “Mercy,” Braden Cupit of Ellisville as an Anime character and Emilee Heintz of Petal as, “Scary Fat Baby.”

Treats in the Streets is an annual, free, community event that is hosted by the Jones College Student Government Association.