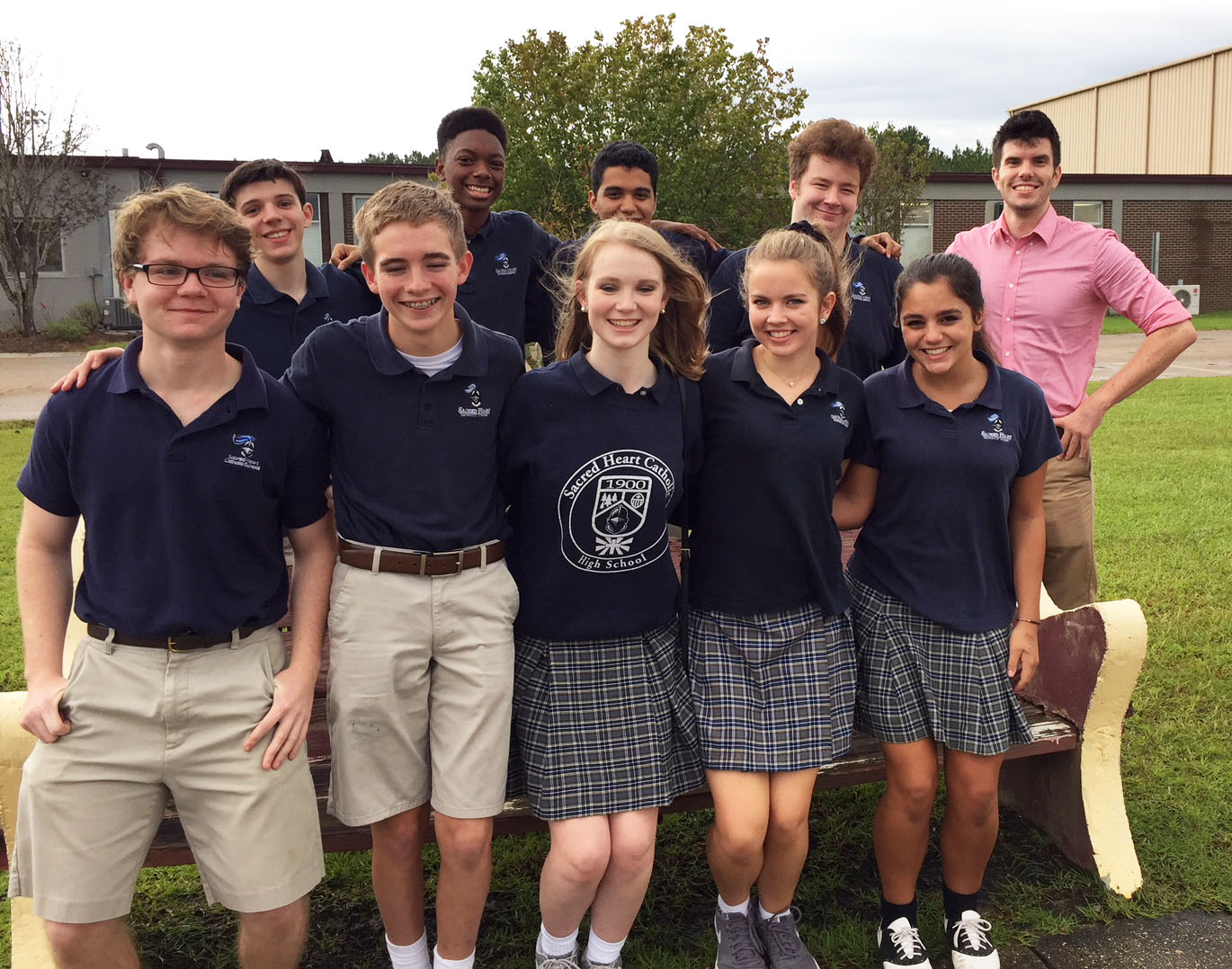 ELLISVILLE – The competition ramped up this week after most high schools had two weeks off for Fall Break and school activities. The Science Division’s ranking for the top three teams changed this week for the fourth time this season, leaving West Jones wondering if they can regain the division’s top spot. The Mustangs succumbed to the Northeast Jones Tigers in a close match, 39-36, with the Tigers claiming the victory in the “Jungle.”  Instead of moving up to the second or top spot, Northeast Jones had to settle for third place because of the tie with Presbyterian Christian High School earlier in the season.

After a four-week reign in first place the Mustangs’ loss to the Tigers, moves the Bobcats of PCS to first place as the new Science Division leaders. With aspirations of moving up the ranks too, the Laurel Tornadoes tried to sweep the Presbyterian Christian Bobcats off the map in its match this week. However, the Bobcats won the heated match, 46-45 leaving Laurel to settle for fourth place. Raleigh had the week off to contemplate a strategy to climb the rankings.

Sacred Heart couldn’t fend off the fiery darts from the Oak Grove Warriors in its cross-town rivalry. The Warriors beat the Crusaders in a tight match, 57-55. Each team keeps its division ranking with Sacred Heart as Technology Division leaders and Oak Grove remains in second place in the Engineering Division. The Crusaders also have the most cumulative points with 197 but Technology Division leaders, the Wayne County War Eagles are closing in with 194 points.  Oak Grove has 179 points.

In the cross-county rivalry between Wayne Academy and Wayne County, the War Eagles had no trouble keeping the Jaguars at bay with the 58-27 win. Both Quitman and Heidelberg capture their first victories this week. The Panthers of Quitman and Perry Central Bulldogs keep their division rankings despite the Panthers claiming the top prize with the 38-8 victory. The Heidelberg Oilers struck a win as they managed to stop the Columbia Academy Cougars from seizing their prize as the Oilers defeated the Cougars, 28-19.

Crusader, Benjamin Dunn is the Most Outstanding Player this week with a 73.33 percent accuracy average in the individual competition.  Fellow Crusader, Remy Porrier and Laurel’s Maxwell Dobbs earn second place credits with a 63.33 percent average. Four students tied for fourth place honors with a 60 percent average.

In the last week of team competition, West Jones will be on the hunt for the lead in an effort to knock off the Presbyterian Christian Bobcats who managed to earn the first place ranking in the Science Division this week. Look for the two teams to tangle for the last opportunity to secure a spot in the playoffs. In the Technology Division, the outcome between the top two teams, Sacred Heart and Columbia Academy will also determine who heads to the playoffs in that division. Engineering Division leaders, Wayne County will try to keep their playoff bid in sight as they face Oak Grove in a battle for the division leader’s spot. Other matches next week include Laurel hosting Raleigh, Wayne Academy hosting Perry Central, and Quitman hosting Heidelberg. Northeast Jones has the week off waiting to see if they have an opportunity to make the playoffs, November 7, in the Jones College Fine Arts Auditorium.