ELLISVILLE – Homecoming on the campus of Jones College in Ellisville will look a little different in this year of COVID-19. Most traditions have been altered or canceled to comply with the health and safety guidelines from the CDC and the Mississippi Department of Health. The Homecoming theme, “Shaping the Future” will be depicted in stationary Homecoming floats placed around the Campus Lake. While the Parade, Reunion Brunch and Alumni Luncheon have been canceled, Jones College students were able to elect a Homecoming Court and Mr. & Miss JC. Homecoming will be celebrated on Thursday, November 12, at 7 p.m. with the football game against Co-Lin Community College.

During the half-time show, Mr. JC, Isaac Burns of Lucedale and Miss JC, Dariyel Johnson of Leakesville will be recognized. Additionally, during halftime, Queen Lakyra Walker of Mount Olive and the entire JC student-elected, 2020 Homecoming Court will be presented. Escorting the ladies will be a family member selected by the student representatives. The following ladies were chosen to represent Jones College during Homecoming festivities.

Queen, Lakyra Walker of Mount Olive is majoring in social work with 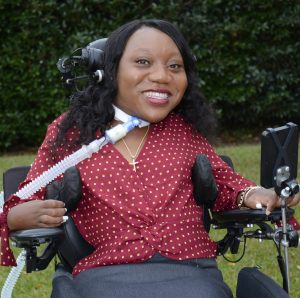 aspirations of becoming a pediatrician. The Jones College sophomore is a graduate of Collins High School where she participated in Beta Club and the PINK Organization. Walker’s college plans include obtaining her bachelor’s degree from the University of Southern Mississippi. Erisha Duckworth and Cedric Walker are Lakyra’s parents. Escorting Walker will be her father, Cedric Walker.

Karsyn Ulmer is your Student Body Maid. The Laurel resident is majoring in 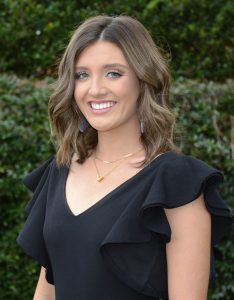 elementary education. She is a member of the Jones College Concert Choir, Fellowship of Christian Athletes, Student Government Association and Diamond Girls. The West Jones High School graduate was active in FBLA, FCA, First Priority, Show Choir, Best Club and Spanish Club. Ulmer’s future plans include earning her bachelor’s degree from the University of Mississippi. Her parents are Tommy and Jennifer Ulmer and the late, Marci Ulmer. Escorting Karsyn will be her father, Tommy Ulmer. 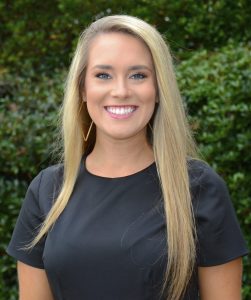 Brinley Bullock is your Sophomore Maid. The Laurel resident is majoring in accounting. At Jones, she is a member of the Bobcat Brigade, the Student Government Association, Phi Theta Kappa Honor Society and she is a Diamond Girl. The West Jones High School graduate was a member of the Lady Mustangs soccer team and Beta Club. Additionally, Bullock was selected for Hall of Fame, graduated with Honors and was a Mississippi Scholar. Bullock’s aspirations include being a CPA after earning her accounting degree at the University of Mississippi. Her parents are Kelly and Martiel Bullock. Escorting Bullock will be her father, Kelly Bullock.

Sophomore Maid, Kyra Lampley is a Laurel native who now calls Petal her

home. Lampley is a member of the Concert Choir, Jones OnStage show choir and she is a writer for the student newspaper the Radionian. She is also a member of Phi Theta Kappa Honor Society and she has been on the President’s and Dean’s List Honor Roll. The Petal High School graduate earned more than 30 trophies and medals from her four years in Speech and Debate and she graduated in the Top 20 of her class while also a member of the Soundsations show choir and Beta Club. After earning her Bachelor of Arts degree in journalism and mass communications from USM, Lampley wants to pursue a career in broadcast journalism working as a TV news anchor for CNN or NBC news. Sean and Angela Thompson are Lampley’s parents. Her escort will be her brother, Kyle Lampley.

Freshman Maid, Jordan Smith lives in Hattiesburg and is majoring in pre-law. 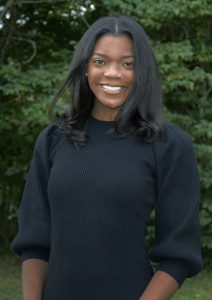 At Oak Grove High School, Smith was the captain of the Warrior’s volleyball team and soccer team, and a track team member. Smith was also on the Debate team, Key Club, Spanish Club and the Political Awareness Club.  The Jones College Lady Bobcat Soccer player’s future plans include earning her bachelor’s degree in law, go to law school and become a human rights attorney and activist. Smith’s parents are Tameikia and Kasey Smith. Escorting Jordan will be her brother, Kaiden Smith. 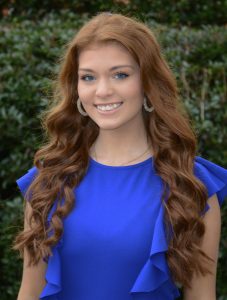 Keely Skellion is your Freshman Maid from Ellisville and she is majoring in public relations. The 2020 Ellisville Miss Hospitality is a member of the Bobcat Brigade, Concert Choir and the Student Government Association at Jones College. She graduated from South Jones High School Summa Cum Laude, as a Mississippi Scholar and she was in the Top 20 of her class. Also, Skellion was selected to participate in the Trent Lott Leadership Institute at the University of Mississippi in 2016 and 2019. After finishing her degree at Ole Miss, Skellion wants to work as a social media coordinator for a sports organization. Her parents are Jack and Gala Skellion. Keely will be escorted by her father, Jack Skellion.