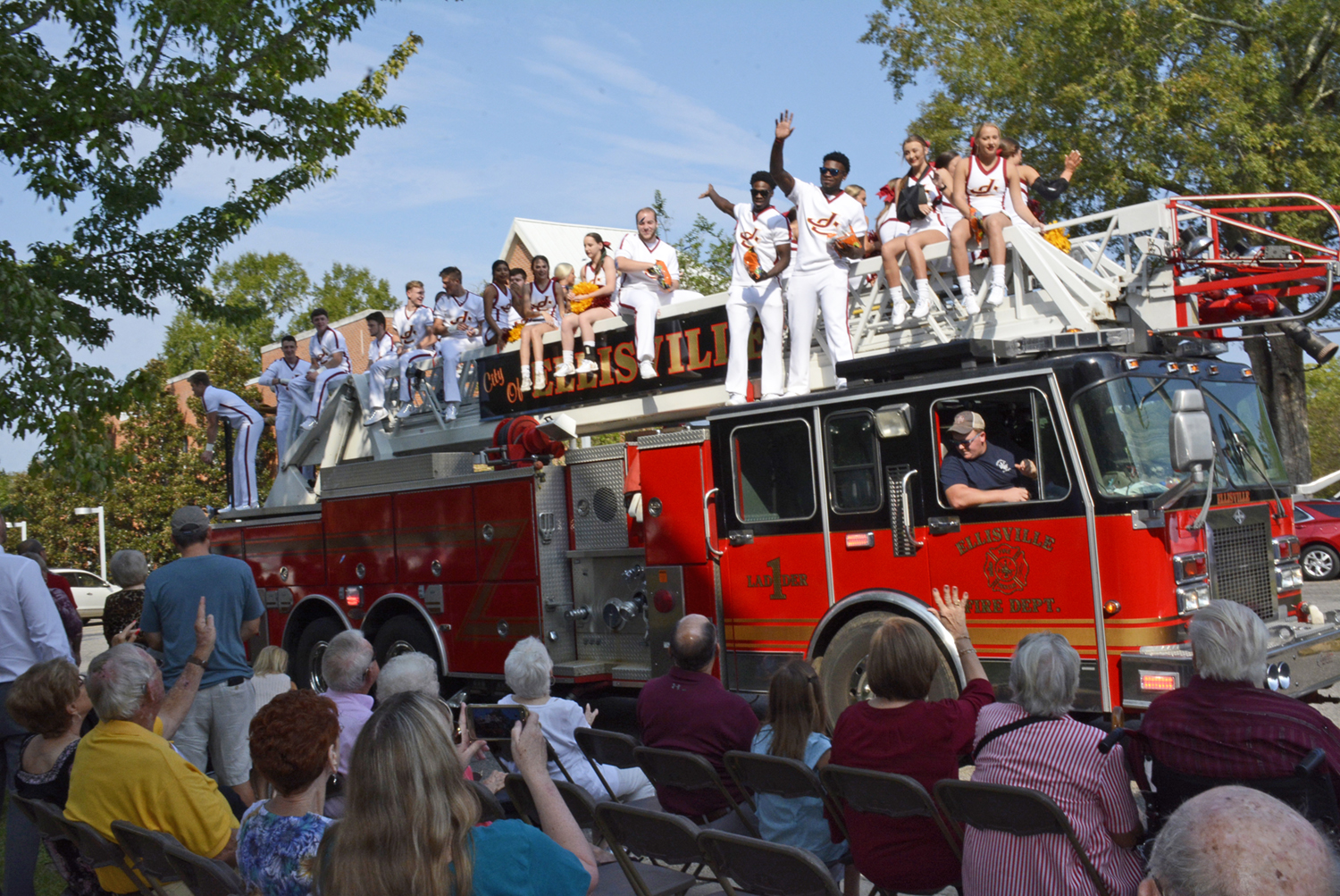 ELLISVILLE – Plans are underway to make Homecoming at Jones College a spectacular event this year involving reunions for the Band, Cheerleaders,

1970-71 JC 50-year class reunion, and the JCJC 2001 MACJC Championship Football Team. All activities will incorporate the Homecoming theme, “Jones Family 2021” throughout the week.

The JC Concert Choir will have its first concert of the year on Tuesday, October 5, at 7 p.m. in the M.P. Bush Fine Arts Auditorium. This performance is free and open to the public. Also, at 7 p.m., the Bobcat Soccer Team will host MS Gulf Coast Community College.

On Wednesday, October 6, at 7 p.m. in the Student Center Plaza, Jones Onstage is performing a “Decades of Music” with hits from the 60s through the 90s and beyond. The Jazz Band will wrap up the week of performances on Thursday, October 7, at 6 p.m. with a concert in the M.P. Bush Fine Arts Auditorium before the Homecoming pep rally.

Later Thursday evening, the Lady Bobcat Soccer team will face MS Gulf Coast Community College at 7 p.m. The “glow pep rally” will be held after the game on Thursday, October 7, at 8:45 p.m. at the Lake. This event is sponsored by the Student Government Association. Glow-necklaces and glow-sticks will be provided for everyone in attendance. This event will be canceled if there is inclement weather.

On Friday, October 8, the Homecoming festivities begin at 5 p.m. with the JCJC Band Reunion registration meeting in the Fine Arts Lobby before a 6 p.m. rehearsal and dinner in the Bobcat Football Stadium. The JCJC 2001 MACJC Football Team Reunion Dinner begins at 6 p.m. in the C.L. Neill Student Center, Faculty Dining Room.

Homecoming Day, Saturday, October 9, is slated with numerous activities for a day of fun for all ages. Events will begin at 9 a.m. with a brunch for alumni and friends on the front lawn of the Terrell Tisdale Library. Members of the Ellisville High School 1960-1965 classes, the JCJC 1970-71 classes, the JCJC 2001 Football Team, Band and Cheerleader reunions, can pick up nametags for their gatherings during the brunch. 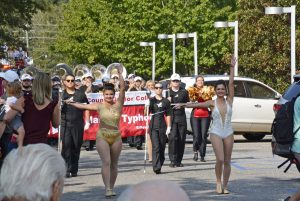 At 10 a.m. the Homecoming Parade will wind through the streets of Ellisville and the campus beginning at the Terrell Tisdale Library. The parade features floats made by the student body incorporating the theme, as well as the Maroon Typhoon Marching Band, JC cheerleaders, Touch of Gold, and of course, the 2021 Homecoming Queen and her court. Parade Marshals are the JCJC 2001 MACJC Championship Football Team.

At 11 a.m. the public is also invited to join the Jones family for a pep rally following the parade in front of the C.L. Neill Student Center. At 11:30 a.m. the JCJC Alumni Luncheon will be held in the A.B. Howard Gymnasium.  During this luncheon, the JC Honor Alumnus, Wayne Folkes will be recognized as well as the 1970-71 alumni, the JC Homecoming Court and the Mr. and Miss JC students. Reservations for the luncheon can be made through the Alumni and Foundation Office at 601-477-4145 or by emailing, jcjcalumniinfo@jcjc.edu.

Before the game, the Ellisville High School Reunion 1960-65 Classes and all the JCJC Reunion participants are invited to join the “Tailgating under the Tents” at the Sim Cooley Football Field, near the Tennis Complex beginning at 11:30. If you would like to join us for tailgating the cost is $10 per person with a reservation deadline of September 25, by calling 601-477-4145.

The public is encouraged to Tailgate Under the Trees behind the Bobcat Stadium on the Home Side outside the fence.  Bring your tent and your favorite foods before the game begins between 11:30 a.m. and 1:30 p.m.

The Homecoming pre-game festivities will begin at 1:30 p.m. with the marching band’s pre-game show, with Band Alumni, on the Sim Cooley Football Field at Bobcat Stadium. The game against Southwest Mississippi Community College will begin at 2 p.m.

At halftime, the Homecoming Court will be presented with the crowning of the 2021 Homecoming Queen, Melissa Bender. Also, during halftime, the 2021 Honor Alumni, Wayne Folkes of Seminary and current resident of Oak Grove, Mr. JC, Wyatt Reid of Laurel and Miss JC, Cali Le of Bay Springs, and the 2021 Jones College Cheer National Champions will be recognized. The festivities will end with a performance by the Maroon Typhoon and Touch of Gold. For more information call the Foundation and Alumni Office at 477-4145 or email jcjcalumniinfo@jcjc.edu.