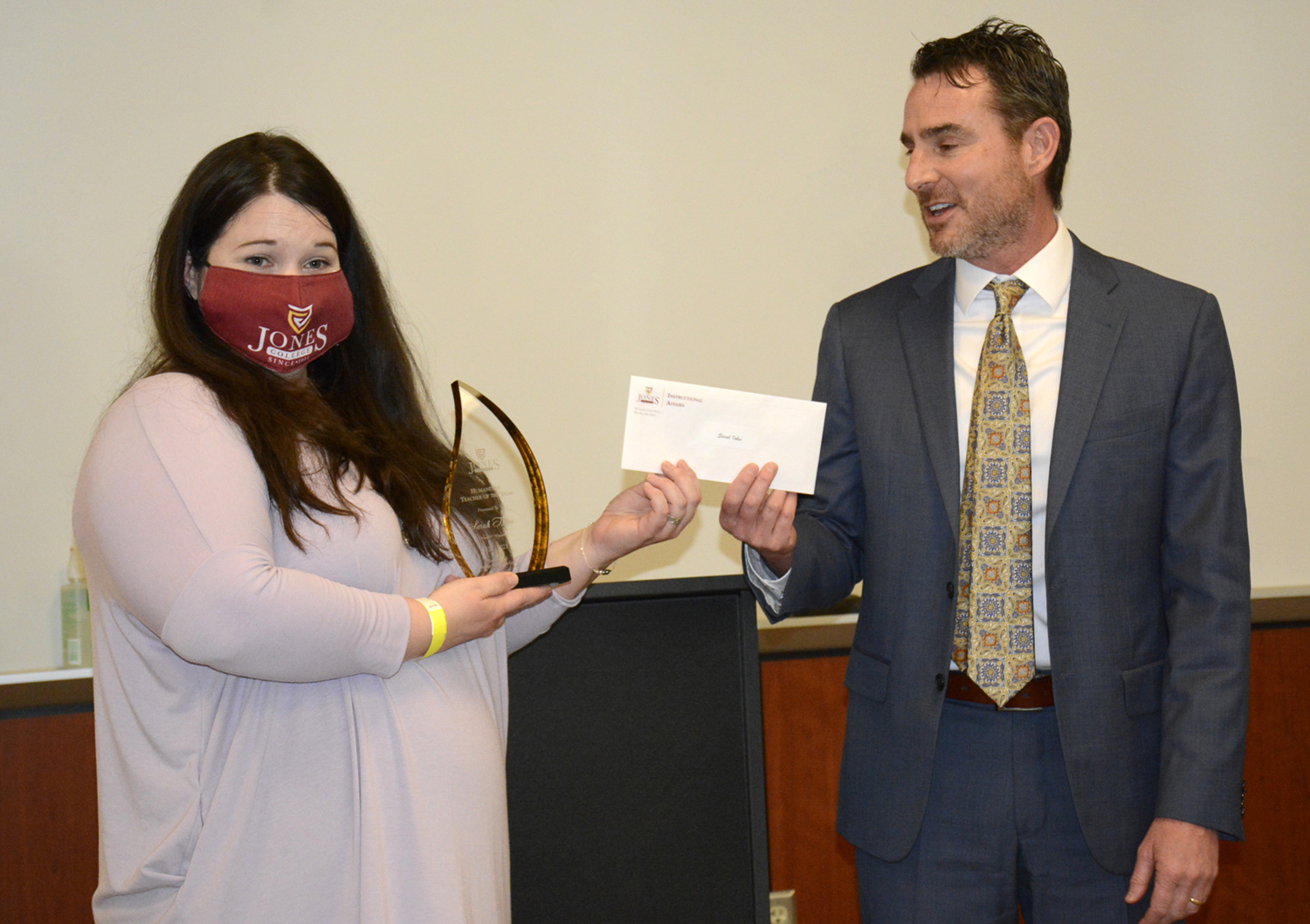 ELLISVILLE – Jones College administrators and faculty honored American History instructor, Sarah Ishee and presented her with an acrylic award and check from the Mississippi Humanities Council for being selected as the college’s 2020-2021 Mississippi Humanities Teacher of the Year. As part of the celebration, Ishee’s presentation,” The Southernization of America,” was viewed “virtually” via the Jones College website,  https://www.jcjc.edu/ and on YouTube, https://www.youtube.com/watch?v=ulgEK0D5zrQ for the first time, to ensure COVID-19 restrictions could be followed.

“To say this is an honor is an understatement,” said Ishee. “I really appreciate everyone’s support because I absolutely love what I do for a living. Teaching history and working with students is my calling. I take a lot of pride in my work.” 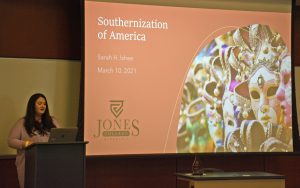 Ishee’s presentation bypassed focusing on the historical horrors of Southern history, including racism and low socio-economic issues and highlighted the positive, Southern influences across the U.S. and the rest of the world. The spread of the southern culture in the 21st century, especially through music and food was quite evident in Ishee’s research.

“While the south was often labeled as an undesirable variation of the American culture, in recent years it has become increasingly obvious that the south is just the opposite. It’s actually the heartbeat of our country in some respects. Many practices or interests that were once specific to the south are now widespread throughout America,” said Ishee.

The Ellisville native explained the integration of American sub-cultures happened partly because of the media influx, especially social media and because of the transient nature of the American population. Additionally, the invention of air conditioning made the south more appealing to more people and in effect, reshaped the culture of major metropolitan areas and the coast. 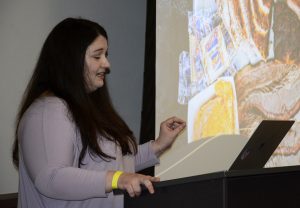 “Two out of three southerners are urban people…based on early returns of the 2020 census. The transformation of the south is to an extent a transformation of an urbanized society. Out of the 20 largest cities/metro areas in the U.S., eight are located in the south and many of the family’s income is increasing more rapidly in southern metro areas, further closing the gap in the north. In other words, southerners are on par with other areas outside the southern region,” Ishee shared.

In music, Ishee noted that country music was considered the “voice of the south” but now, you can find thousands of country music radio stations across the nation. Its stars are also diverse, speaking to the heart of the American lifestyle as the genre appeals to a more diverse audience. Also, musical influence from country cross-over stars from hip hop and rap are mostly based in the south. By the mid-2000s, Ishee noticed artists from throughout the south had begun to develop mainstream popularity, just like southern cuisine has become more popular across the world. 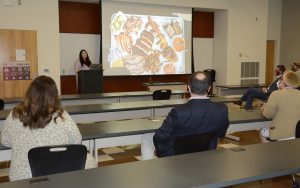 anywhere,” said Ishee. “Even though BBQ has been an American staple since colonial times, Southerners perfected the art of BBQ…and fried chicken is truly a southern dish. Thanks to fast-food restaurants and the transient nature of our population, we have brands that focus solely on fried chicken…across the U.S. and the world.”

Sweetened tea during brewing, Ishee discovered is truly a southern tradition. While northerners sweetened their tea, it is usually after the brewing process. Concluding her presentation, Ishee said while southern influences are apparent across the nation, the south has also changed. Quoting American sociologist, John Shelton Reed, Ishee shared his observations about the similarities between the south and the rest of the country.

“The south has no monopoly on racial and religious hate. More crosses are burned outside the south than in it and swastika painting has never gone down well in a region as patriotic as the south. Moving in the right direction, the south must admit its shortfalls in regard to racial inequality and socioeconomic issues. But so, must the rest of the U.S.,” Ishee shared in her presentation for the Mississippi Humanities Council.

Ishee has been teaching primarily American History and Western Civilization classes at Jones since 2009. After graduating from the University of Southern Mississippi in 2005, she began working at Jones College in the Student Accounts and Financial Aid Offices while also working on her Master’s in History Education at William Carey University. In 2009, Ishee was promoted to Registrar and Assistant Director of Admissions & Records before becoming a full-time instructor in 2014.

Besides teaching and advising PTK students, Ishee is an advisor for the group she assisted in founding, the Jones College Historical Society. She is also a certified, Leadership Development Studies instructor for the Honors Humanities course. The 2002 Jones College graduate is also a member of the Mississippi Historical Society, Mississippi Professional Educators and Phi Theta Kappa Alumni Chapter.