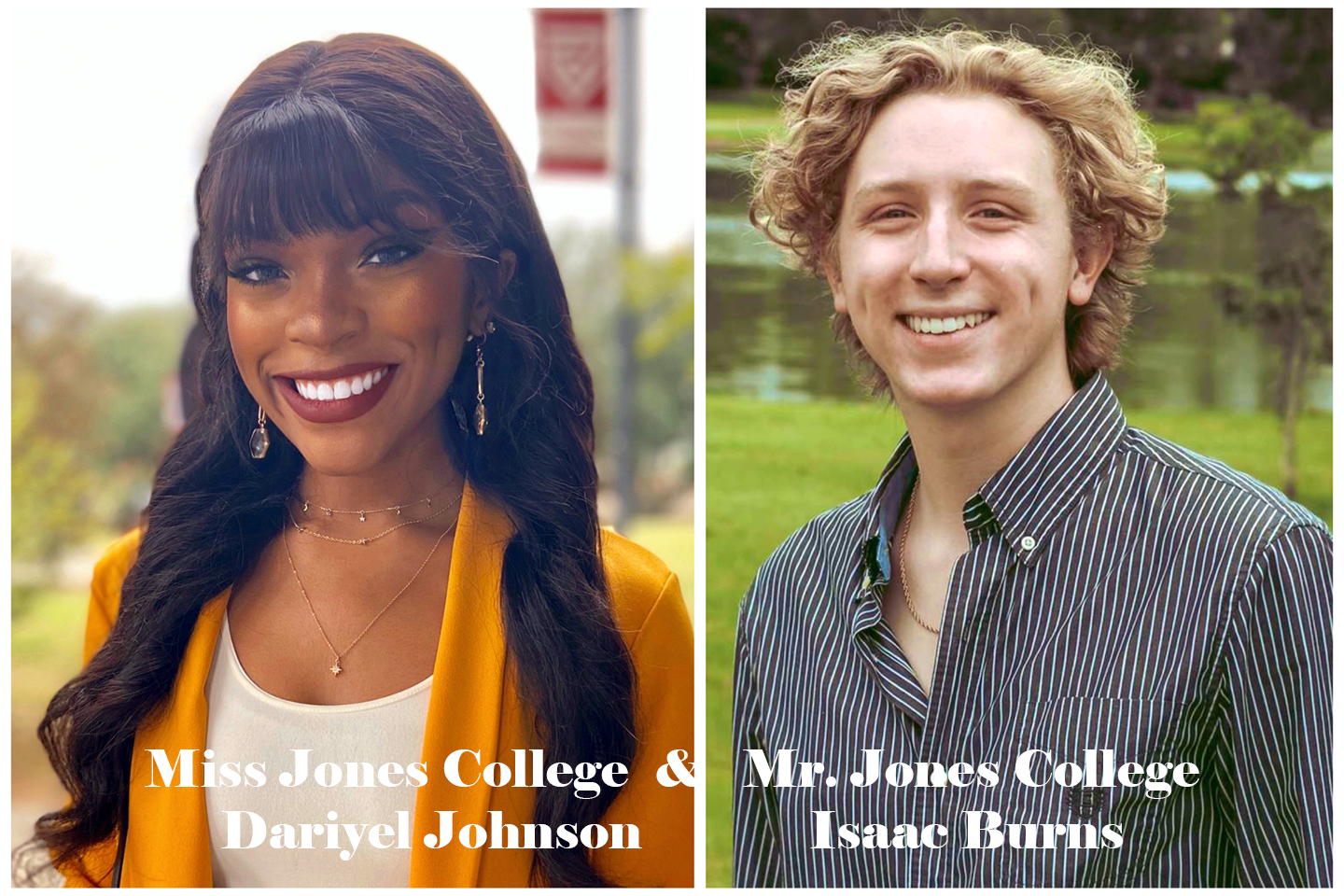 ELLISVILLE –Isaac Burns of Lucedale and Dariyel Johnson of Leakesville were recently voted as Mr. & Miss JC by their peers. The sophomores competed for the titles to represent Jones College students and are considered to be the best representation of the student body.

“To put it frankly, this means the world to me. I came to Jones knowing that I wanted to make the most of it. After the time I’ve spent here and the amazing connections I’ve made, I can confidently say that I have done just that. JC has become a second home to me,” said Johnson.

The broadcast journalism and political science major also holds the titles of Leakesville’s Miss Hospitality 2019, Greene County High School Homecoming Queen, Miss GCHS and Mississippi Beta Club State Vice President. At Jones College, Johnson was also selected as 2019-20 Most Beautiful, Freshman Class President and Homecoming Maid, and she is the SGA Student Body President. In addition, Johnson is a member of the Charles Pickering Honors College, the Concert Choir and the Bobcat Brigade student ambassador program. With her eyes set on being a TV reporter/anchor, Johnson plans to transfer to the University of Mississippi to earn her bachelor’s degree.

“Jones gives you a university experience with the relationships that feel like you’ve known everyone all of your life. There is no way that you cannot love it here. You just have to make the most of it,” she said.

Mr. JC is interested in the artistic expression of journalism. In high school, Burns was the sports editor and cartoonist for, “The Student Press” high school newspaper. He won the Mississippi Press Association’s Best Editorial Cartoon Award in 2017. Also, in high school, Burns was a member of the tennis team, the choir’s piano accompanist and he graduated in the Top 20 of his class. Burns is majoring in accounting at Jones College while sharing his many talents in several clubs and organizations on campus. As a freshman, he was a Leadership Officer in Bobcat Brigade and he was a member of Jones OnStage show choir. This year, Burns is a Senator representing the Business Department in the Student Government Association. He also serves as the Public Relations Director for Phi Theta Kappa International Honor Society’s Rho Sigma chapter at Jones.

“I am extremely grateful and honored that the student body has chosen me as an ambassador for the college. Jones College is an amazing place to be partly because the students and faculty are very friendly. My goal has always been to make people feel welcomed and loved which I hope has been accomplished,” said Burns.

The future plans for the George county native include graduating from the University of North Carolina School of Arts for filmmaking with the ultimate career goal of creating the visual effects in the film industry.