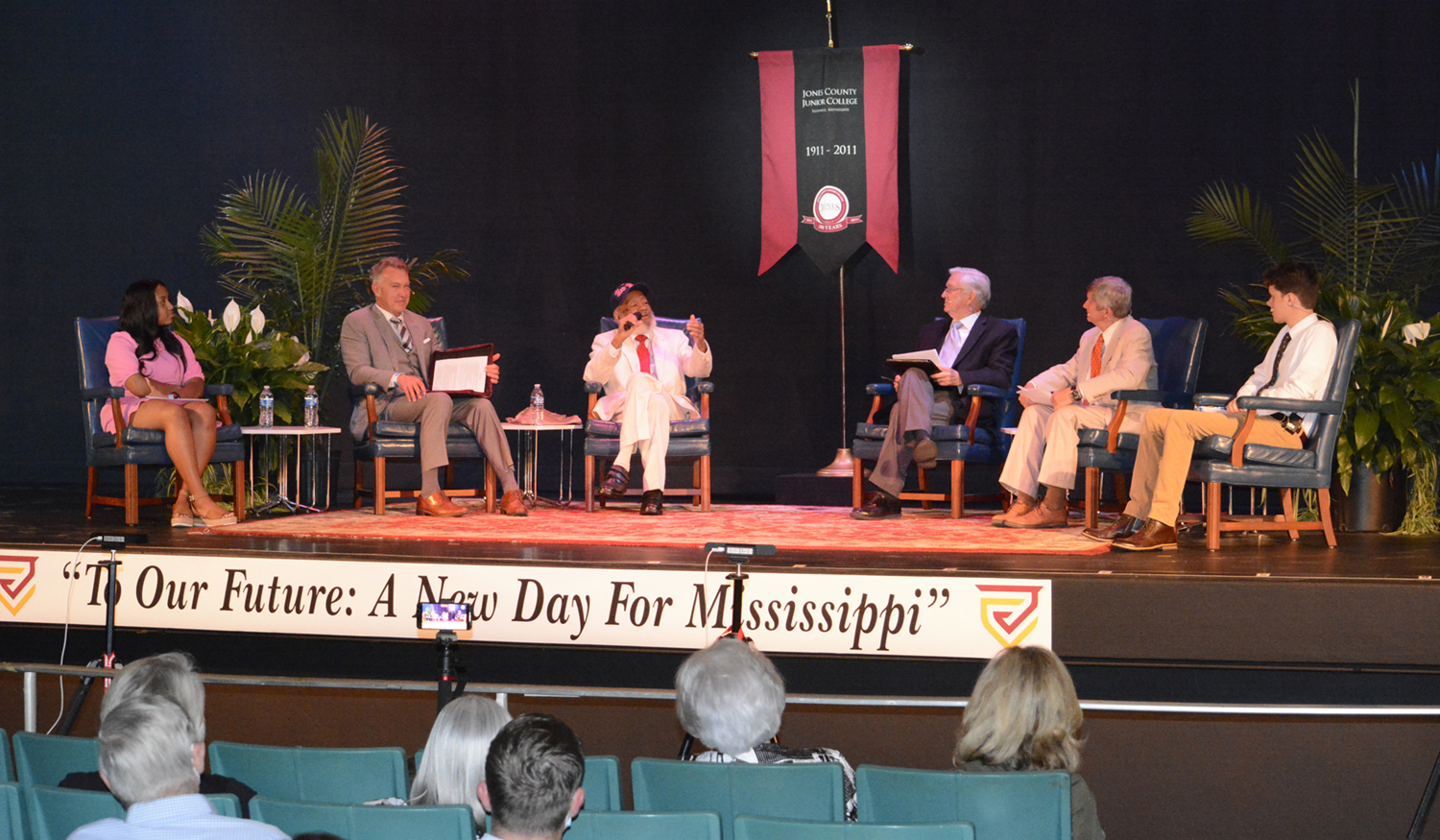 ELLISVILLE–Civil rights activist, James Meredith and U.S. Federal Judge Charles Pickering shared their harrowing stories in their efforts to break the color barrier in education and challenge the Ku Klux Klan in the 1960s with members of the public and students from Jones College’s Honors Institute, which is named in Pickering’s honor. The discussion about racial issues was focused on the Honors Institute’s theme, “To Our Future: A New Day for Mississippi.” 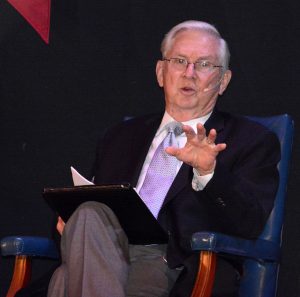 Before reflecting on solutions, Pickering paused the discussion to explain just how courageous Meredith was in his attempts to integrate the then, all-white University of Mississippi in 1962. In the segregated society of the 1950s, Pickering said blacks had to overcome inferior schools, limited employment options, and brutality if they stepped out of line.

“Without question, Mr. Meredith was and is a hero of the Civil Rights Movement,” said Pickering. “He had to know when he enrolled at Ole Miss that the last black man (Clyde Kennard) who tried to integrate an institute of higher learning in Mississippi went to the penitentiary, so it took a lot of courage to be willing to do what he did.” 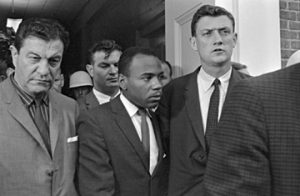 Meredith told the audience it took him more than 50 years to write his speech sharing his thoughts about religion and law, government and society, and a brief history about slavery in the United States. The almost 88-year-old Kosciusko native continued, “It really didn’t take that long to write but it took that long to have the courage to say it…. The first six words, in the last section of my speech, came from my first history professor at Ole Miss. He’s the one that said, ‘slavery has existed as long as mankind.’”

Meredith also noted Pickering’s battle with the KKK was not because of his race. Segregationists were at war with anyone who wanted to integrate society.

“The people who wanted to keep their way of life (segregation) were no nicer to white folks who violated their way of life than they were to any blacks getting out of line. Some of those threats were about Judge Pickering and others,” said Meredith. 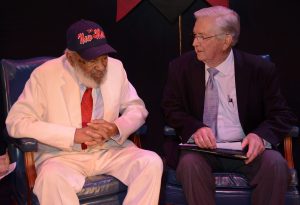 As the new, Jones County prosecuting attorney in 1962, Pickering was thrust into the race war when he said he couldn’t ignore the brutality and numerous criminal actions of the KKK, including the Imperial Wizard of the White Knights, Sam Bowers. He successfully prosecuted Bowers for the murder of the three civil rights workers in Neshoba County and the fire-bombing of Vernon Dahmer’s home in Forrest County which led to Dahmer’s death.

“Today, it is very difficult to imagine such horror and depravity but in the 1960s it was reality. In this type of environment, it took courage for blacks to assert their rights. It took courage for Mr. Meredith because he could lose his job or his life,” said Pickering.

Meredith said despite the challenges of the past, he is optimistic Mississippi will lead the world in race relations.

“Mississippi has made every policy on the Black/White race issue in America. After slavery, the big Mississippi plantation owners and the Wall Street financiers conspired to keep the blacks in the cotton fields by preventing them from relocating to northern or western states,” said Meredith who also earned a law degree from Columbia University. “The Constitution of 1890 established a dual system of criminal justice-one for the whites and one for blacks. America needs a new policy. Mississippi can supply this new reality. I believe that Mississippi will.”

The real problem facing the nation Meredith concluded was more than just race. He referred to what he called the “upper south” or in Minnesota, where Derek Chauvin is on trial for the death of George Floyd.

“I’ve known for a long time that the upper south is where the real problem in America is…and it’s not just a racial problem either. It’s a religious problem and I think the rich/poor issue is the biggest issue 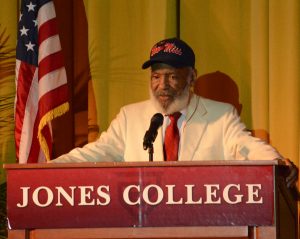 Focusing on what he calls his new mission from God, Meredith is actively establishing a Bible Society reading group in every county of the state, encouraging families to read the Bible from cover to cover. Pickering also shared, religion and practicing the “Golden Rule” would help solve our racial problems.

“If we treated everyone without regard for the color of their skin, whether it’s red, white, black, or yellow, if we treated them like we wanted to be treated with respect, that will go a long way to make Mississippi a better place. Jesus made it very plain when talking about the Good Samaritan, our neighbor is everybody we come in contact with that we can help,” said Pickering.

Additionally, Pickering encouraged the audience to know history to help avoid making mistakes in the future. Citing a Roper Organization Report on public opinion, Pickering said the study on seniors in 51 of the most prestigious universities in the U.S. failed basic history, including identifying the three separate branches of government.

“We cannot be intelligent voters and citizens if we don’t know history,” said Pickering. He also added his disapproval about fighting the establishment of the new, Mississippi State flag. “Quit fighting battles that have been futile or lost; that just doesn’t help us. The effort to change the flag back is a misguided effort, looking at the past and not the future of our children.” 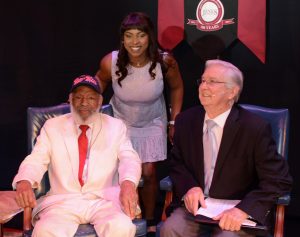 Meredith and Pickering have accomplished. However, while progress has been made, she still faces racial discrimination.

Forums like the one hosted by Jones College, freshman Alexis Blakeney of Laurel said, are helpful in understanding complex issues.

“Forums improve people’s understanding of current and historical issues. This forum educated more people about the struggles to overcome racial discrimination, hearing first-hand about the courageous efforts of Mr. Meredith and Judge Pickering. I am grateful to be able to attend these forums to educate myself more on the issues,” said Blakeney.