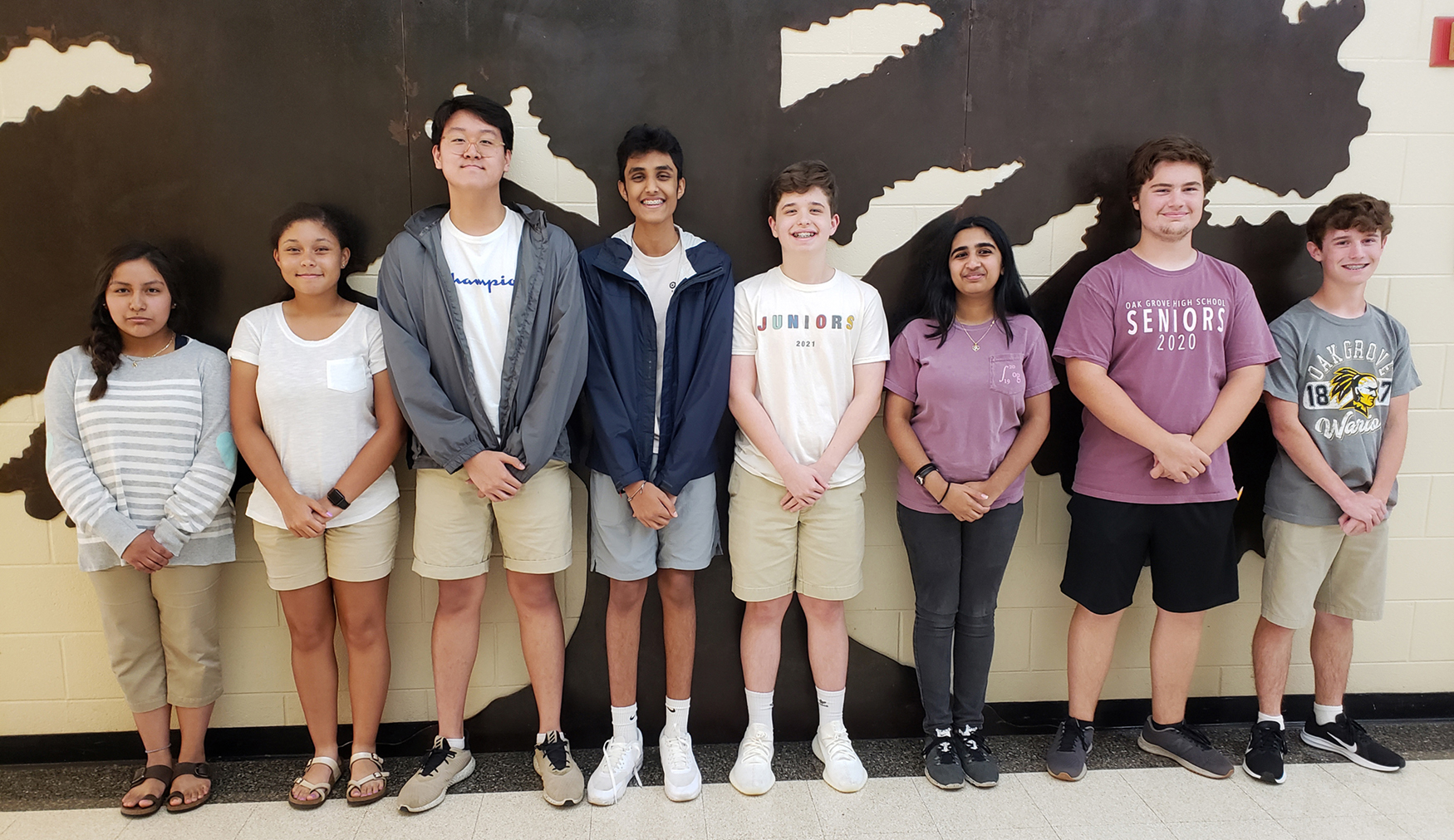 ELLISVILLE – Perennial top contenders have a couple of new teams to challenge them in Jones College’s Bobcat Math League competition this fall. As the competition begins its 8th season, Raymond and Petal High Schools have joined the STEM-based contest initiated by the Jones College Math Department.  BML Commissioner, Dr. Jessica Bunch said the new teams will add another level of excitement as they challenge themselves and their competitors for five-weeks of competition.

“We’re looking forward to a great season of competition with returning teams chomping at the bit and new teams vying for a stake in the standings as they gain their footing in the competition. We are thrilled with how high school students are furthering their STEM knowledge and how eager and willing they are to help each other advance their knowledge by practicing and taking part in the Bobcat Math League,” said Bunch.

The high schools have been divided into three divisions, Science, Technology and Engineering. In the first week of competition, Petal High School wasted no time in establishing a dominant presence.  The Panthers trounced on its first competitor, the Raleigh Lions in a brutal “cat fight” within the Science Division, as Petal handily won, 71 to 26, over Raleigh. The Panthers lead its division while the Lions lick their wounds in last place in the Science Division.  Sacred Heart nearly lost to the other newcomers, the Raymond High School Rangers in a close battle. The Crusaders overcame the Rangers, 48 to 42 to take second place in the division with Raymond in fourth place.  Sacred Heart team member, Abby Farris said she’s excited to be facing new teams this season.

“The addition of new teams has already proved to be more challenging, but it is a challenge we are eager to face.  Despite having lost a few seniors, we have a strong team this year with eight returning members and seven promising new members, and an experienced, new coach. I have no doubt we will continue to perform as strongly as ever,” said Farris.

Defending 2018 BML Champions, the Oak Grove Warriors managed to take the lead in the Engineering Division by destroying the Columbia Academy Cougars, 80 to 14. The win puts Oak Grove in first place in their division and Columbia Academy ends up in third place. The Warriors proved their team would not be easily defeated this year as Oak Grove Math Coach, Whitney Necessary explained they have a mix of experience and new faces this year.

“We are a young team with a lot of new faces.  We only have two returning team members with any significant playing experience. However, we have a few seniors that I expect to lead the team and I also think we’ll have some younger members step up as key players.  We are grateful to Jones College for organizing and hosting this competition each year!”

Perhaps surprising themselves, the runner-up 2018 BML Champions, the Presbyterian Bobcats annihilated the Perry Central Bulldogs in a merciless matchup. The Bobcats easily outscored the Bulldogs, 68 to 2, placing PCS in second place in the Engineering Division.

In the Technology Division, the Quitman Panthers played a close match with the Wayne County War Eagles who lost by one point.  Quitman won the match, 48 to 47, to lead the division with Wayne County taking third place in the division. The Northeast Jones Tigers also proved they are in the hunt for a return to play-off competition as they defeated the Wayne Academy Jaguars, 44 to 25.

Overall in the individual competition, Oak Grove’s William Mitchell and Presbyterian Christian’s Grayson Nocera tied for first place as the BML’s Most Outstanding Players with a 70 percent accuracy rate during the first week of matches. Eight other students tied for second place with a 60 percent accuracy rate.

Next week, Sacred Heart will discover just how tough the Petal Panthers are in their battle for the top spot in the Science Division.  Raleigh and West Jones will face each other, and the Raymond Rangers will have another chance to prove their prowess against the South Jones Braves.  Engineering Division leader, the Oak Grove Warriors will face the Technology Division’s second-place team, the Northeast Jones Tigers, while Presbyterian Christian will also cross divisions to meet Wayne County.  Perry Central and Wayne Academy square-off while Columbia Academy will take on Technology Division leader, the Quitman Panthers.