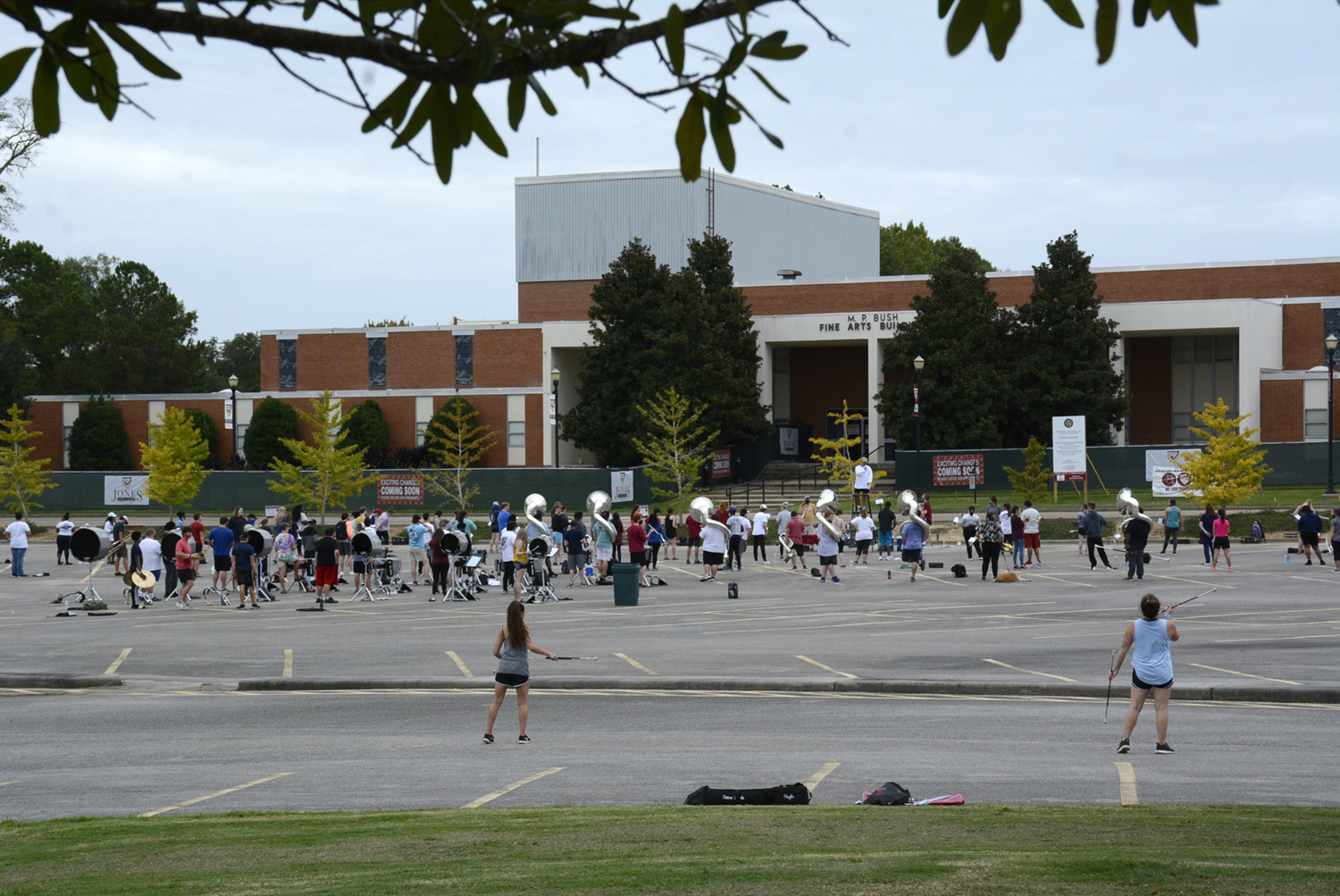 ELLISVILLE – In the “band world” at Jones College, the August Band Camp is vital. Before working on the show, the band’s marching and performance techniques are perfected, ensuring everyone is in sync. Because of the Covid-19 virus, 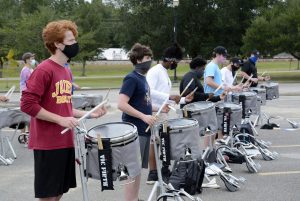 the 2020 marching season was in limbo when the camp was canceled. Director of Bands, Dr. Ben Burge, the assistant directors and the 180 members of the Maroon Typhoon Marching Band have since learned how to “march on” and adjust to the daily challenges to not only ensure the health and safety of the group but to also ensure the show would be ready.

“Instead of our students working together as a band family on music, marching, drill, and choreography, the Typhoon met for the first time virtually, via ZOOM! The administration approved for us to meet in small groups of 15, for the first few weeks of the semester with the physical distancing and mask protocols in place. Band students could only work for 45 minutes in sections, one day a week compared to our usual two-hour group practices, four times a week,” said Burge. 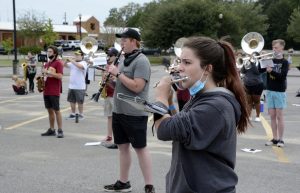 In addition to rehearsal changes and safety protocol, the staff is diligently disinfecting the practice areas and equipment daily. Adhering to the guidelines is important to Burge because it is important that one of the largest groups on campus, the marching band does its part to help slow the spread of the virus.

“The students are eager to return as a group, as soon as possible so that we can once again work together,” said Burge who before September 21, had not practiced with the entire band at one time because of COVID-19 protocols. “The Touch of Gold, feature twirlers and the Bobcat Colorguard has been 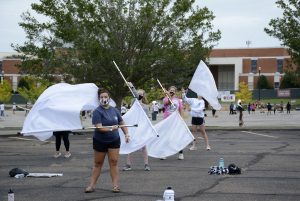 working on choreography by audio/video. The four drum majors have been coming in to work in the office preparing music, folders, and organizing everything for the show with the goal of performing at the first home football game, Thursday, October 1.”

As most performers know, the show will go on despite the myriad of modifications, including a change in band staff. Brass instructor for the past 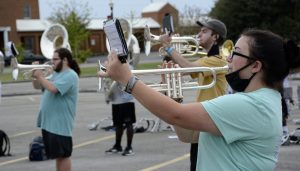 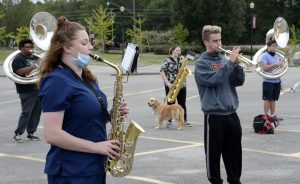 Allen Parrish.  Also, this year the Maroon Typhoon will have a more casual look to address the concerns with costuming and adhering to COVID-19 restrictions. The “summer uniform” look allows the Maroon Typhoon to have some fun with energetic music like, “Blinding Lights” made popular by the band, The Weekend and the hit song, “Rain on Me” from the pop icons, Ariana Grande and Lady Gaga. The marching band will also perform the Grammy Award-winning artist and producer, Chuck Mangione’s classic, Latin groove and big brass chart, “The Children of Sanchez.”

Adding some continuity on the field will be returning sophomore drum majors, Graeme Forrest of Richton, and Danielle Beech of South Jones. Freshman, Emma Burge of Oak Grove, and sophomore, Katelyn Powell of Petal, will be joining Beech and Forrest on the podium 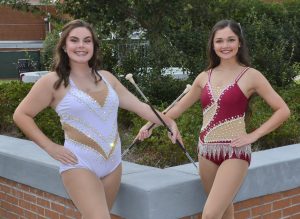 as new drum majors. The glitzy and fiery, feature baton twirler, Kayla Webb of D’Iberville will be back on the field with freshman, Kaia Taylor from Vancleave.

Assistant Band Directors include flute instructor, Dr. Lindsey Keay in her seventh season, with percussion instructor, Dr. Josh Frans in his second year, and woodwinds instructor, Michelle Graham is in her third season at Jones.  Lora Davis, the Touch of Gold advisor and Jones alumna, returns for her 27th season.

Upcoming performances of the Maroon Typhoon include the first home game, 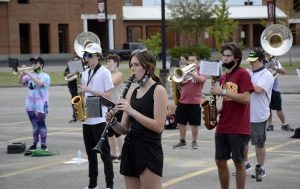 Thursday, October 1, with the JC Bobcats facing the Warriors of East Central at 7 p.m. in Bobcat Stadium/Sim Cooley Field. The Hall of Fame Game and the annual Cat Fight between Pearl River and Jones will be held, Thursday, October 29, at 7 p.m. Maroon Typhoon Alumni are also encouraged to attend Homecoming festivities on Thursday, November 12, when the Bobcats face the Co-Lin Wolves. For more information about the Jones College Fine Arts Department, contact 601-477-4203. For more information about the Maroon Typhoon, contact Dr. Ben Burge at 601-477-4095.