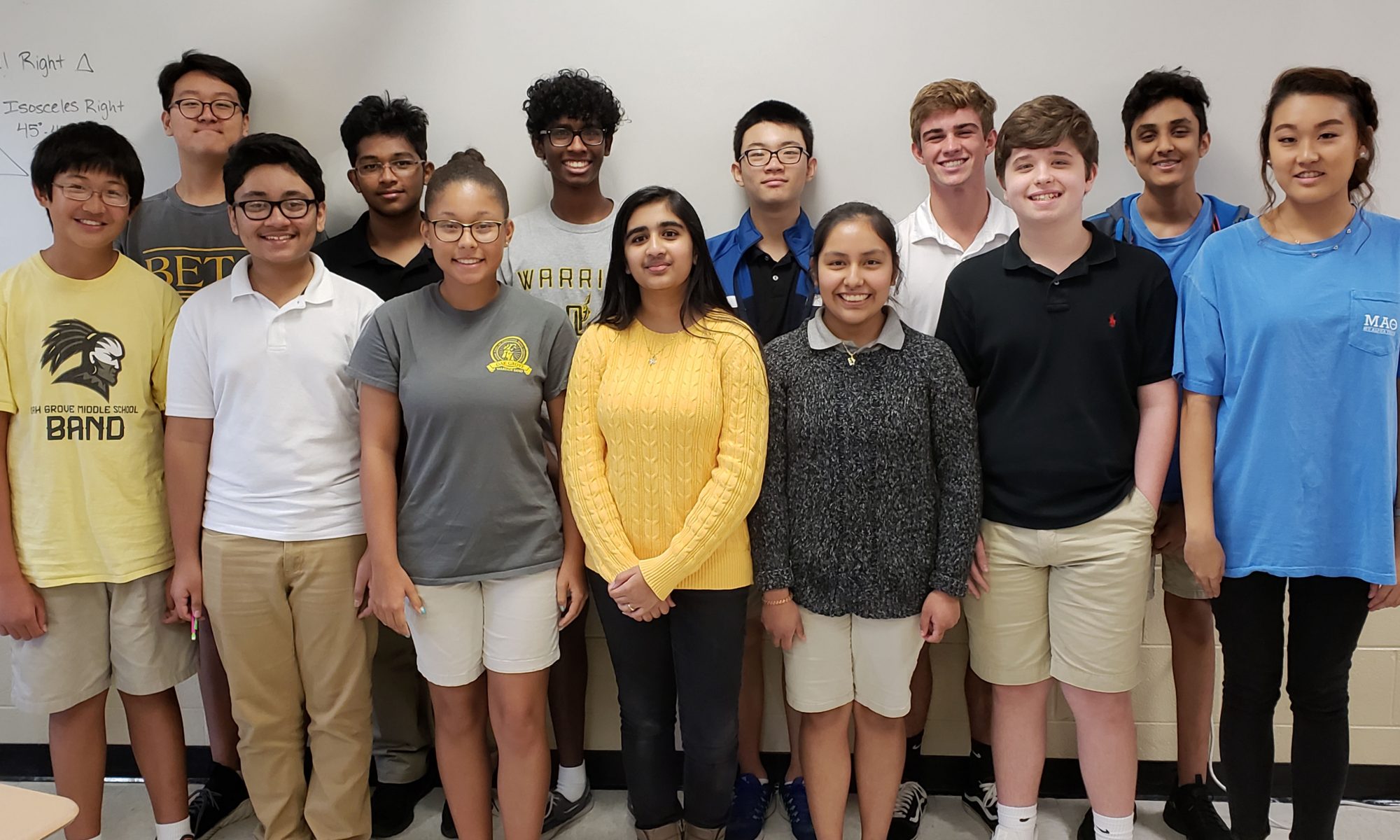 ELLISVILLE – In the final week of the regular season of Jones College’s Bobcat Math League, new division leaders emerge, leaving previous winning teams nearly missing a playoff bid.  The Sacred Heart Crusaders secured its division leader ranking from the first week and never slipped.  In fact, the Technology Division’s ranking remained the same all season, leaving Columbia Academy, Wayne Academy and Perry Central out of the hunt for a championship this year.  The Crusaders clobbered Columbia Academy in its final match, 56 to 49.  While Wayne Academy easily defeated the Perry Central Bulldogs, 55 to 6, both teams will be watching the playoffs from the sidelines. The Crusaders enter the playoffs as the third-seeded team behind the division leaders, Presbyterian Christian who comes in as the second-seed and Oak Grove who captured the top spot.

The Warriors of Oak Grove knocked off the Wayne County War Eagles who had been Engineering Division leaders all season in a tough battle with Oak Grove earning 65 points to Wayne County’s 51 points. The War Eagles’ record earned them the fourth-seed in the playoffs.  Quitman capped the Heidelberg Oilers with its 35 to 23 win. However, neither team will be competing in November.

The Presbyterian Christian Bobcats’ victory over the West Jones Mustangs, 72 to 41 secured their Science Division leader ranking, but it leaves the Mustangs in the last place of the six-team playoff standings. Overcoming all odds, the Northeast Jones Tigers managed to take the fifth-seed in the playoffs despite having the week off.  Laurel’s Tornadoes whipped up a big win against Raleigh, 55 to 25 but it was not good enough to make the playoffs for either team.

In the individual competition for Most Outstanding Player, Sacred Heart’s Benjamin Dunn is the sole winner with the highest accuracy average this season. He will be awarded a prize before the Championship Playoffs on Wednesday, November 7. Earning All-League honors are Erin Choi from Oak Grove, Nicholas Cooksey from Wayne County, Joshua Curry from Wayne County, Maxwell Dobbs from Laurel, Benjamin Dunn from Sacred Heart, Grayson Nocera from Presbyterian Christian, Remy Porrier from Sacred Heart and Sam Powell from Presbyterian Christian.

The playoffs and Super Bowl will take place on Wednesday, November 7, 2018, in the Jones College Fine Arts Auditorium.  Registration and photos for finalists in the competition will be held from 8 a.m. until 9 a.m.  The season’s overall Most Outstanding Player, the 13-Most Outstanding Players from each team and the All-League Team will be recognized at 9 a.m., prior to the start of the competition.  The final playoff rounds are expected to begin shortly after lunch around 12 p.m. and concluding around 2:30 p.m.